The Place of a Skull II

After seeing a post by a friend on Facebook earlier today I have been thinking of a post that I wrote a couple year ago. See: The Place of a Skull

During my first trip to Israel in 2013 I took this picture from the Garden Tomb of what is thought by some to be The Place of a Skull. 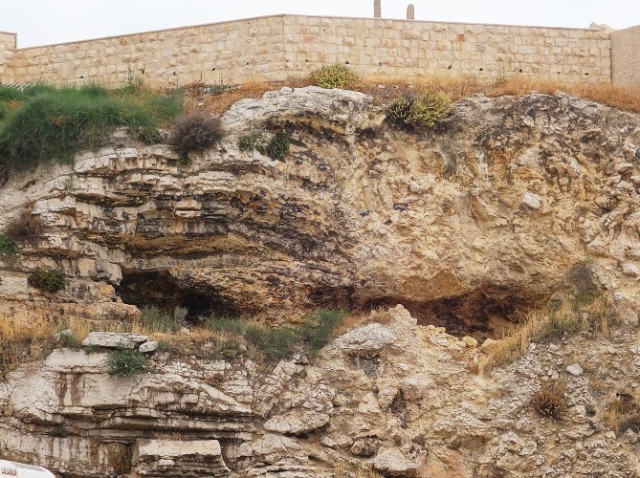 I took this picture in 2015. The picture is from a different angle, but you can see that there has been significant erosion in just the three years since the last picture.

The  picture was taken about four months after a large portion collapsed during a winter storm.

When I was in Jerusalem last year I took another picture from yet another angle. The picture was taken from the Jerusalem ramparts. See: The Jerusalem Ramparts II

Here you can see even more erosion has taken place.

Now compare the pictures above to this one that is displayed at the Garden Tomb. This picture was most likely taken in the 1880’s or soon thereafter.

There has been a lot of erosion in the last ~130 years. Can you imagine what this rock face looked like almost 2000 years ago?

Hopefully I will get another picture this year. I wonder how much more it has changed.

This entry was posted in Culture, History, Israel, Travel and tagged Gordon's Calvary, Jerusalem, Jerusalem Ramparts, Skull, The Place of a Skull. Bookmark the permalink.

2 Responses to The Place of a Skull II