The Place of a Skull

Today I received an e-mail notifying me of a new post on the BiblePlaces.com Blog. The post is titled: Nose Falls off the Skull of Gordon’s Calvary

Of course, this got my mind wandering back to my visit to the Garden Tomb and seeing Gordon’s Calvary. 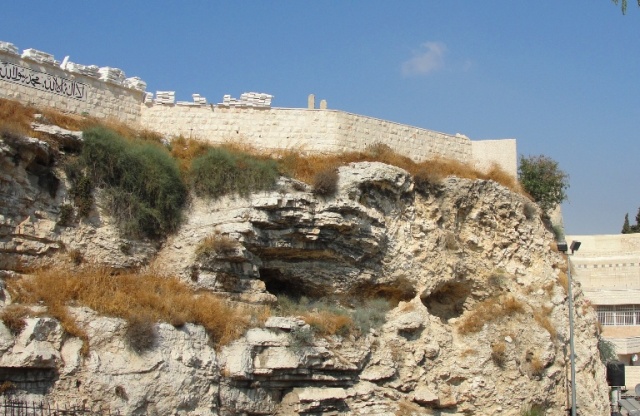 Here is a picture of Gordon’s Calvary from my trip to Jerusalem in 2012. Can you see a face in this picture?

I am sure that most of you have focused on this section above.

In the post Nose Falls off the Skull of Gordon’s Calvary, Todd Bolen shares a picture taken by Austen Dutton. The picture was taken after a storm on February 20th collapsed the bridge of the nose in the formation depicted above.

Now for an interesting question. Is the section above what was identified by Charles Gordon as the skull formation? 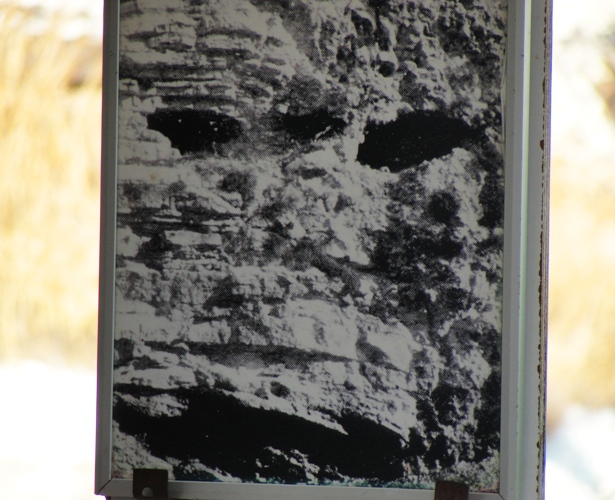 At Gordon’s Calvary they have an old black and white image posted and here we can see that this is a different portion of the rock face. Todd Bolen also shares a few older pictures that also show that the original view of the skull was to the left of what I showed.

Pictures from the early 1900’s show the eyes more in this location.

Check out the picture in the BiblePlaces blog and you will see that the rock formation now looks more similar to what it did 100 years ago. If you compare pictures taken now with those taken 100 years ago you will see that there has been a large amount of weathering. When you extrapolate this over almost 2,000 years it would be hard to imagine that there was an image of a skull there at that time.

So they took Jesus, and he went out, bearing his own cross, to the place called The Place of a Skull, which in Aramaic is called Golgotha.

Most likely The Place of a Skull refers to the Jewish Legend related in the pseudepigraphic book The Cave of Treasures that states that the body of Adam was carried on the ark. The body was then brought to Jerusalem by Melchizedek where it was buried at the place that became known as The Place of a Skull or Golgotha.

There are two major places in Jerusalem which claim to be the site of Golgotha. One is the Garden Tomb and the other is the Church of the Holy Sepulchre.

Remember, the exact place is not important. What is important is that there was an Empty Tomb.

4 Responses to The Place of a Skull