Posted on September 8, 2015 by vanbraman

Have you ever watched Star Trek or other science fiction shows or movies and wished that you had a Universal Translator?

We are getting closer to that possibility, as translation programs are getting better and better.

While in Germany the past two weeks I used the Google Translate app on my phone quite a bit. I did not try the audio portion of it, but used the written and camera portions quite a bit. 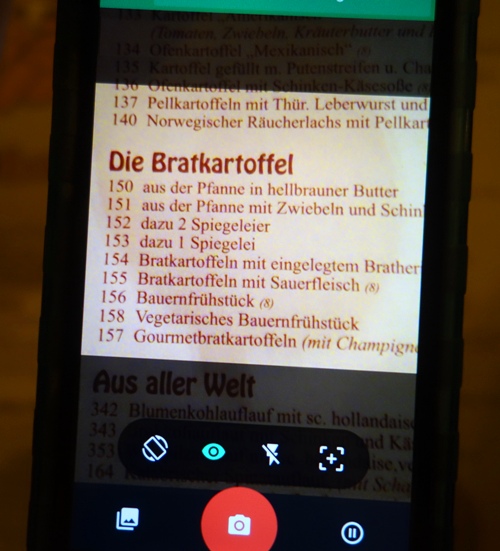 The Google Translate app came in handing while eating out. Here is a part of the menu at The Kartoffelhaus. In the shot above the menu is in German. I was unable to get a screen shot, so had to take a picture of my phone with my camera. 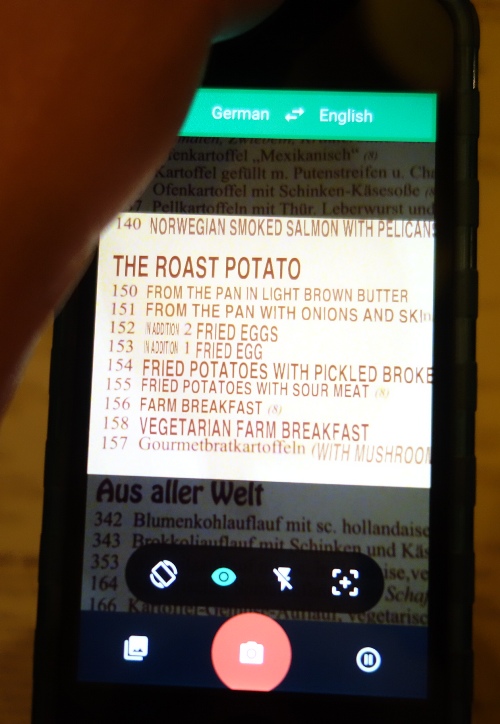 I had my eye on number 156 which in German is Bauernfrühstück, the Google app translated it as Farm Breakfast. Of course, it does help to know a little bit about what a Farm Breakfast has with it.

You can see a picture of the Bauernfrühstück by clicking on: The Kartoffelhaus

Of course some of the translations are not as good and can sometimes be a bit funny, like Norwegian Smoked Salmon with Pelicans.

The app also comes in handy if you are out hiking. What does the sign above really say? I know a few words that are on the sign like verboten which means forbidden and Schnee und Eis which mean snow and ice. But it was summertime, is there really danger here? 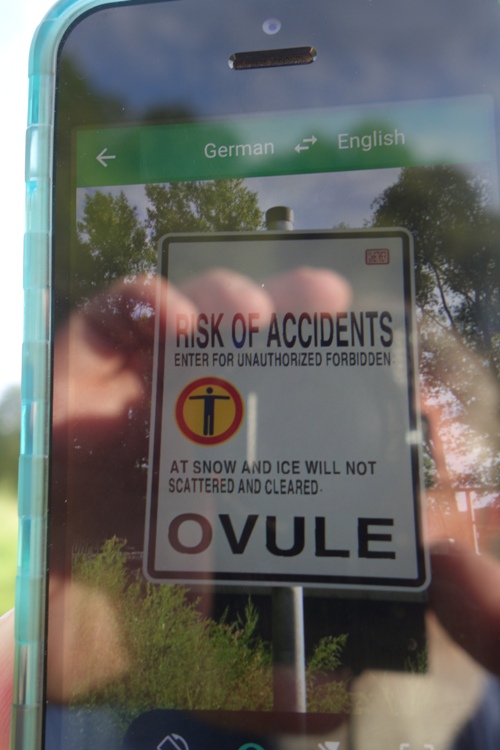 Now the sign becomes clear. There is a Risk of Accidents here, but it really does not tell in which direction entry is unauthorized. It is sitting along a recognized trail, so I think that it means a small path that goes off to the side. In any case it is nice to know on a hot day that snow and ice will not be scattered and cleared 🙂

I followed the path on under the railway bridge. Here is a picture taken back through the underpass of the Roda which is a small river that flows into  The River Saale. The river is quiet, but I can just imagine it on a rainy stormy day or covered with ice and snow. I would definitely be much more careful then.

My next trips are to English speaking countries, so I won’t need the app. But, perhaps it has a function to help you talk like Canadians or Australians. I did just check and there is a selection for English Speech Input and there is English (Australia) and English (Canada). Perhaps I will have to test them out.

Have you used a translation app on your phone?