Life at the Dead Sea

Today I took the train from Jena to Chemnitz to visit a special exhibit at a museum. 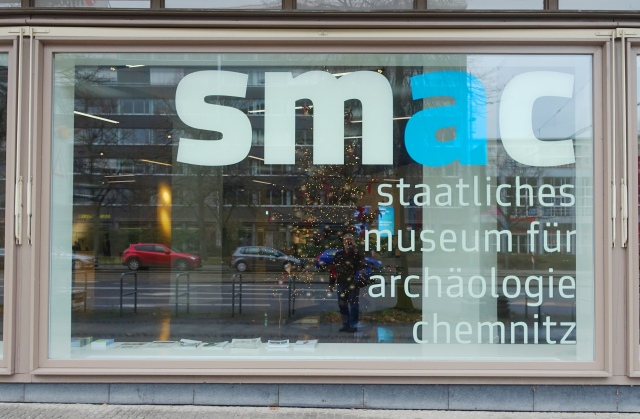 The museum is known as smac or staatliches museum für archäologie chemnitz.

I had a really hard time not capitalizing the words.

I think that you can figure out that this is the State Museum of Archaeology in Chemnitz, Germany. 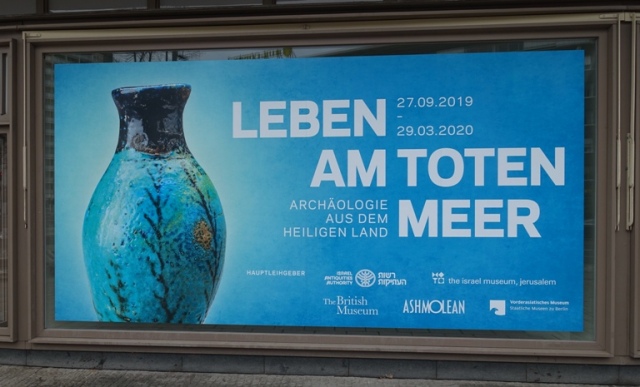 You can see here in the sign that the exhibition is in cooperation with the Israel Antiquities Authority and several museums including the Israel Museum and the British Museum. 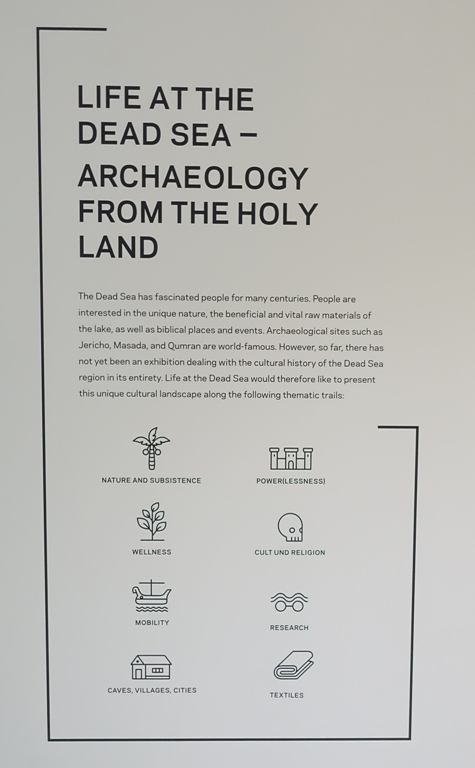 The title of the special exhibition in English is Life at the Dead Sea – Archaeology from the Holy Land.

You can see in the picture above the different thematic trails of the exhibit. I was most interested in the Research trail, but the others were also very interesting. 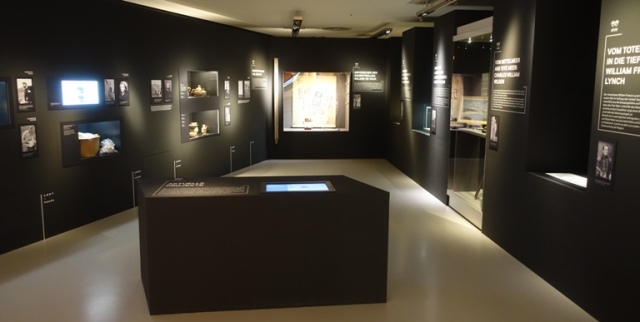 This section of the exhibit was about archaeological digs and research that has been done in the Dead Sea area. There were displays on the different sites in the area and also some of the notable archaeologists who had worked them.

The little kiosk in the front center is what I was looking for. The kiosk has a presentation of some of the current archaeological research that is being done in the area.

Earlier this year a staff member at smac contacted me and asked if they could use a couple of my pictures in the presentation.

Below is a Google translation of the text with the pictures. The picture above is of the rectangular structure that is mentioned.

LATEST RESEARCH NEWS FROM ISRAEL Since 2017, a team from Tel Aviv University (TAU) led by Guy Stiebel is investigating areas of the terrain that have not yet been excavated at the rock fortress Masada in Israel. On an aerial photograph of 1924, he noticed a rectangular structure in the ground right next to the Byzantine church, which turned out to be two cisterns. The excavators also focus on the Roman camp, the homes of the Jewish rebels of 74 AD and the garden of Herod, the builder of the fortress. An unexplored cave, with only an inscription known, and other areas around the fortress are currently being excavated. 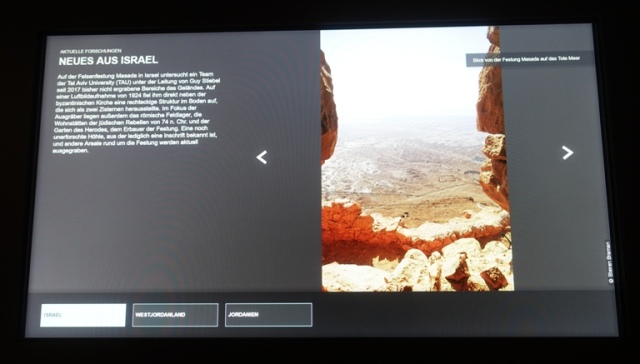 This picture is taken from the top of Masada and in it you can see some of the Roman Camps that they have been investigating.

In the bottom left of the two pictures you can see that I am credited.

It was really cool to see my pictures being used in a museum exhibit.

After visiting the special exhibit I then went through the rest of the museum. The museum is really good and covers the archaeology of the area in a very comprehensive way. I would definitely recommend this museum as their collection is displayed in a very nice way.

If you plan on being in Germany before the end of March next year, you should definitely visit this special exhibition on Life at the Dead Sea. You will not find a more comprehensive exhibition on the Dead Sea anywhere else.

1 Response to Life at the Dead Sea