The next destination on my Virtual Hike was Newport, Nova Scotia.

The previous destination on my virtual hike was Oak Island, which of course is an interesting place.

I had been working my way up the Atlantic Coast into Canada recently. I have been heading toward Prince Edward Island, and I am taking the time to virtually visit where several of my Canadian ancestors lived. 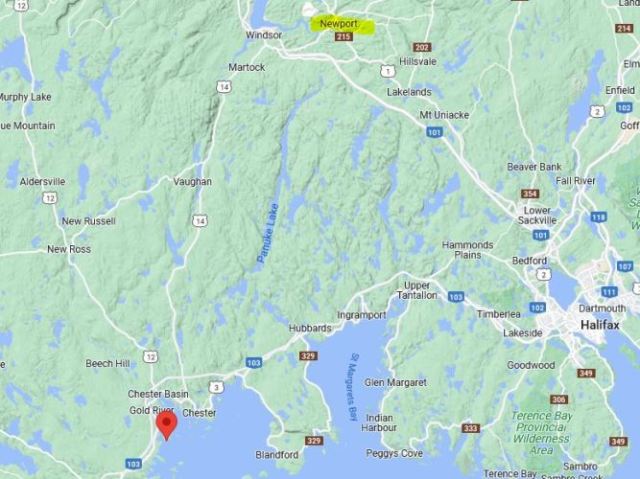 Looking at a terrain map you can see that there are a lot of lakes in this area and there is not a lot of settlement in the center of this area. Some of my Canadian ancestors lived in Newport which is toward the top of this map.

In Street View on Google Maps there was not much to see going through Newport. Mostly just scattered homes along the highway and one intersection with a cluster of businesses around it.

Newport is more of an area than a town, and the name most likely comes from the fact that New England Planters from Newport, Rhode Island settled there.

Once I reach Prince Edward Island I will head to where one of my favorite book series is set.

Images in this post are from Google Maps and Street View.