The next destination on my Virtual Hike was Braman Corners, New York where my Braman ancestors lived in the early 1800’s. 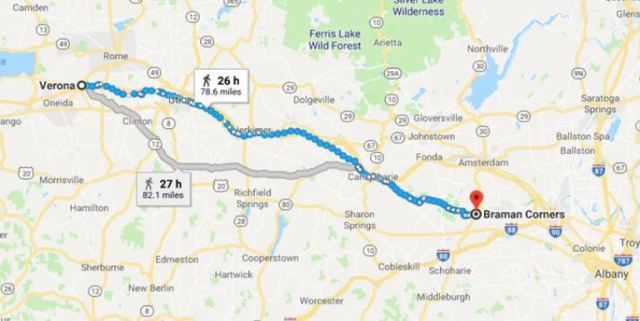 This segment of the Virtual Hike started in Verona, New York where my Braman and Pomeroy ancestors came together a little bit later.

The route goes across Upper New York to Schenectady County.

Braman Corners is right on the western edge of Schenectady County. The border of the county is Schoharie Creek. The Braman family moved to Braman Corners in 1814 and just previously had been living in Esperance which is in Schoharie County.

However, they had not lived there long as in the 1810 Federal Census my 5th Great Grandfather and his family were living in Tolland, Connecticut.

Also, in the War of 1812 Joseph drilled a company of men in Tolland which included his 13 year old son Orsamus as a drummer.

You can see that today Braman Corners in open area of fields but is surrounded by forests. I am sure that there was not as much cleared land when they lived there.

Joseph Braman died in 1815, so did not live there long. However, his family created an enclave at the crossroads of two roads that eventually turned into a little community with a store and church.

My 4th Great Grandfather Orsamus also moved on the Verona as he married Mercy Pomeroy in 1819. It would be interesting to know how he met her as she lived almost 80 miles away. 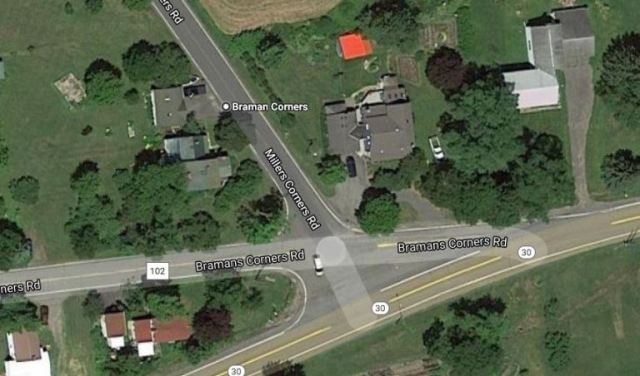 Here is a view of Braman Corners from above. You can see the roads coming together here.

Dr. Joseph Braman, the older brother of Orsamus, is who built up the community. He was a well known doctor and also helped start the church that was there.

Their mother also lived out the rest of her life in Braman Corners passing away in 1844. 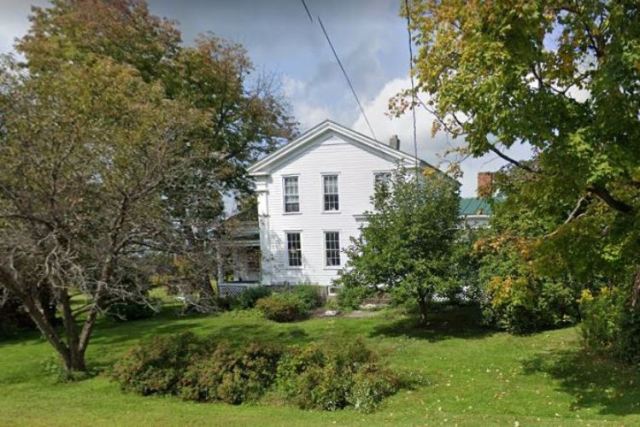 The house that Dr. Joseph Braman built in the 1850’s is still standing and is on the U. S. National Register of Historic Places.

It has been interesting tracking where the family has moved on to. My 5th Great Grandfather Joseph Braman and his wife Anna Jenks had 11 children, although one passed away as an infant.

I am remembering tonight MaryJane Braman Turner as she helped me find more information on the family about 30 years ago. Mary Jane passed away earlier this week and I have thought of her many times this week.

I am still way behind on documenting my Virtual Hike. I actually made it to Braman Corners back in May. However, starting in March the distance I have walked each day has been much less. I am working on a plan to reach a historically significant place on November 11.

The next stop is in Connecticut and is the beginning place of my Row family.

Now to head off to the grocery store and get in a bunch of steps toward the next destination.