On April 6, 1930 James A. Dewar invented Twinkies. Dewar was the manager of a Continental Baking plant in Schiller Park, Illinois. He came up with the idea to utilize a machine that was only used in strawberry season for the rest of the year.

The new creation was a snack cake filled with a banana cream. During WWII the filling was changed to vanilla because of the scarcity of bananas.

Of course, Banana Twinkies are sometimes available today as well as many other flavors.

In  July 2014 Twinkies made The Sweetest Comeback in the History of Ever. I was able to get of box from the First Batch. 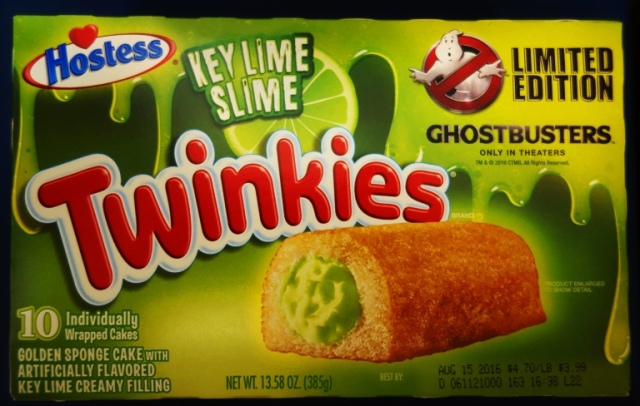 Since then Twinkies have been made in many different flavors like Key Lime Slime.

You could also get Deep Fried Twinkies.

Did you know Twinkies have been around for that long?