Did you know that there is a Chick-fil-A in the planning process for Livermore, California?

I saw a reference to it while looking at an environmental review document for the IKEA that is in the planning process in Dublin. 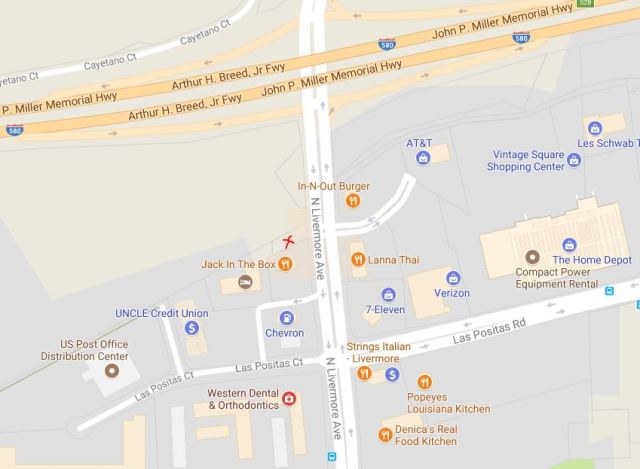 I of course dug a little deeper and found the minutes of the city council meeting where the planning committee was given approval to work with Chick-fil-A and start the annexation process that would be needed. The land is currently part of Alameda County and is not inside the city limits of Livermore.

In the Google map above you can see a red ‘x’. This is at the edge of the land where the proposed Chick-fil-A will be built. Just north of the Jack In The Box.

It will be interesting to see the propose site plan once it goes before the Livermore City Council for approval later this year. I would imagine the Chick-fil-A will be inside the red circle as there is a large drop off to the creek bed.

The plan is for Chick-fil-A to buy a little more than 20 acres between the interstate and the buildings and donate it as open space. They will only use a small portion along North Livermore Avenue.

I snagged this picture from Google Street View. You can see the steep drop off to the creek bed in this picture. The Chick-fil-A would be in about the middle of this view.

There is also a scenic trail that will be extended as part of the development agreement. It currently ends to the west of the site and continues to the east near the Wal-Mart. 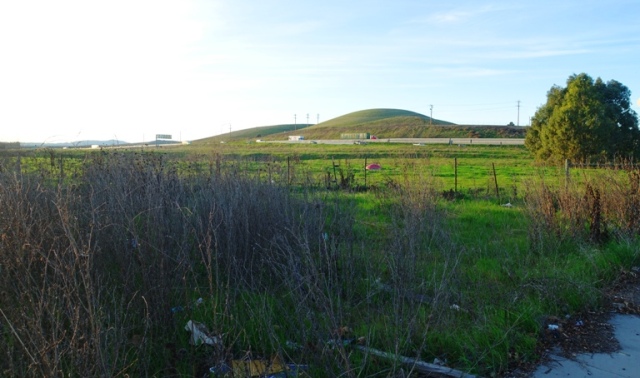 On the way home from work tonight I stopped to take a picture of the site. Here you can see that it is overgrown a bit, but greening up with the winter rains.

It will be nice to have the Chick-fil-A on the route home. It is usually where traffic starts to back up, so it will be tempting to exit for an early dinner while traffic clears up. I could also go through the drive-through and pick up some chicken fingers which would be easy to eat while driving.

In Pleasanton the Chick-fil-A is across a parking lot from an In-N-Out and in Stockton the In-N-Out is about a block down the street, on the other side of the freeway, from the Chick-fil-A.

It will be interesting to see which Chick-fil-A will be the next one to be built. Whichever one is built first will be the one closest to me, but Manteca would still be The Closest Chick-fil-A when they are both open.

Now to watch and wait.