This morning I was heading toward church when all of a sudden I ran into a delay. I really needed to be on time because I was teaching the adult class as we were resuming our Walls of Jericho series on Joshua, Judges and Ruth. We are now up to Samson.

I was heading out the main road to the interstate when all of a sudden traffic came to a halt. I was able to see down the road past the cars ahead of me and saw that there was a large flock of sheep on the road.

Not knowing how long the delay would be I made a quick phone call to make sure that my students knew that I would be late. 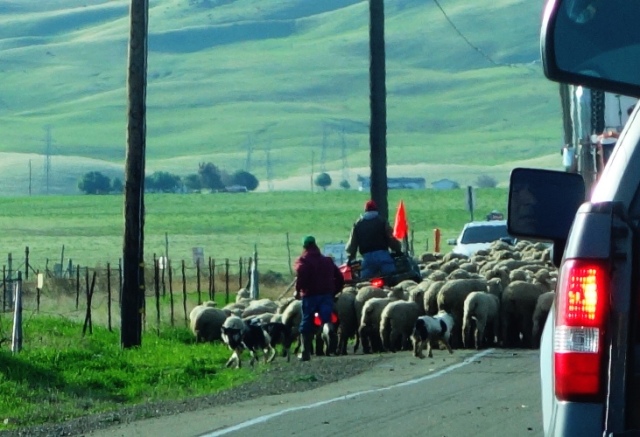 Here you can see that the flock was being herded by two men and three dogs. They were moving the sheep from one pasture to another right down the busy road. It is not possible to contain the sheep to the edge of the road or to one lane so we simply had to wait until they had reached their destination.

The vehicles coming the other way were slowly let through as the sheep simply milled around them as they went down the road. As soon as they passed a car or even a semi they could then move forward. In my direction we just had to wait.

I do live in the Central Valley and am used to seeing a lot of farm activity. However, this is the first time I have seen a flock of sheep moved on a major road. In this shot you can see the flock of sheep leaving the roadway as they enter the new field where they will graze.

Here the sheep have left the roadway and are quickly moving toward their grazing area. We also quickly got moving after about a 15-20 minute delay.

Class started late, but I do have some good material to use in a future class if we talk about sheep or shepherds. 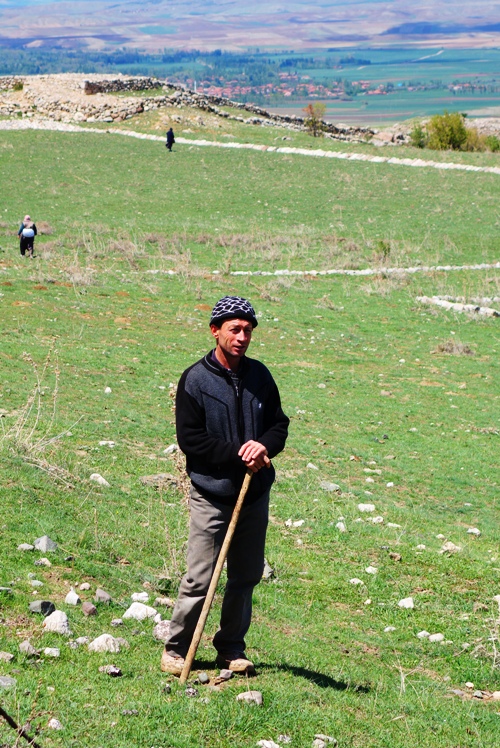 It looks like the sheep herding tools have changed a little bit. The men used an ATV and orange flags to move the sheep. I did not see any of them with a rod or a staff. See: Thy Rod of thy Staff?

We did have a good class as we talked about Samson. I had estimated that it would take about a class and a half to cover Samson. I think that I can now stretch it just a bit more to fill next weeks class period 🙂