Today I deplaned from a very long flight. The flight left San Francisco on Thursday night and arrived in Sydney on Saturday morning. However the flight was only about 15 hours since we crossed over the International Date Line.

Unfortunately, this was the second time that I have ended a long flight and learned about a major terrorist attack that happened while in flight. My heart goes out to the people in France as they deal with the great tragedy. 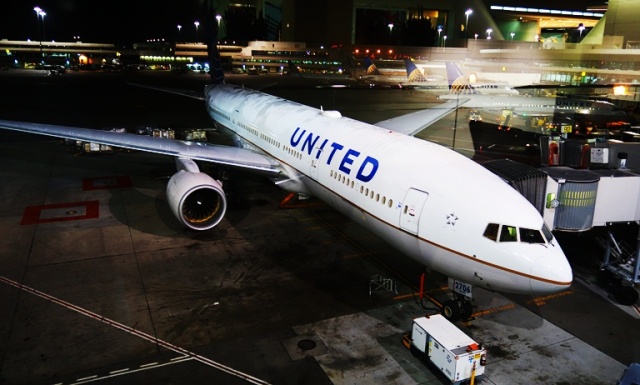 Here is the plane that I flew on. You can tell that it is a Boeing 777, which to me on a long flight is much preferable to a 747. 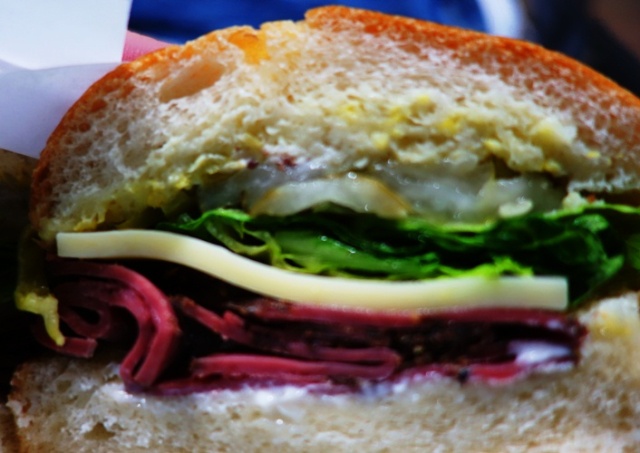 While waiting to board the flight I had a nice pastrami and Swiss sandwich from a deli at the airport. This is my usual pre-flight meal if I am flying out of the International terminal at SFO.

Once I boarded the plane I settled in for the long flight. Luckily I had an empty seat by me, so it was a bit more comfortable. I had a good amount of sleep on the flight and only watched one movie during the flight. One of the advantages of a late night flight.

Once I landed in Sydney I made my way to the train station. I decided to take the train instead of a taxi as it would allow me to get a bit of exercise after the long flight. Plus, it is much cheaper. 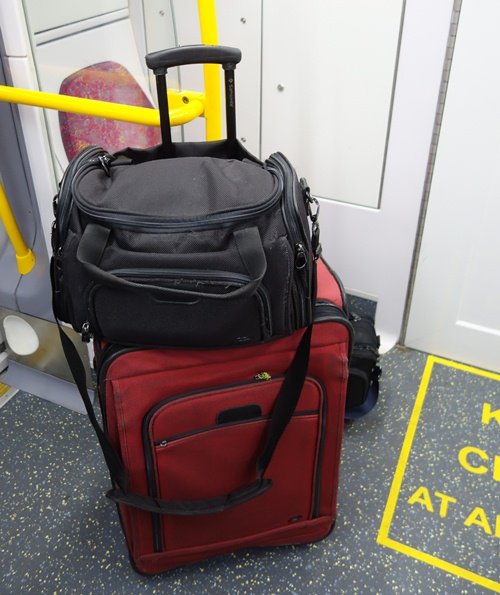 Luckily I only had to change trains once since I was lugging my luggage around with me. One disadvantage of taking the train instead of a taxi. Of course, Clifford the big red suitcase has been on many different trains and other modes of transportation. 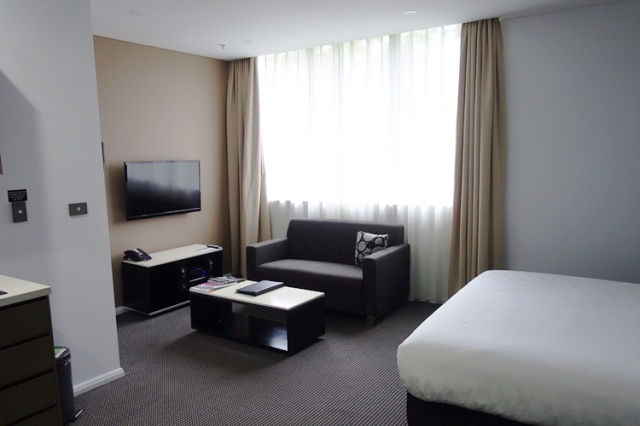 I finally made it to the service apartment I am staying in a little more than 20 hours after I left my office in California. A long travel period.

I have spent the afternoon watching the news and a few episodes of a historical drama on my i-Pad. Now it is time to go out and get some dinner. Luckily a shopping centre with a bunch of restaurants is just across the street since it has been a rainy day.

1 Response to A Long Flight