March 14 is Pi Day. The day that we celebrate Pi by eating Pie, or maybe just thinking about math and science.

Last year I shared pictures of pie in my post Happy Pi Day. Here is one of the pictures I used and it is of my favorite type of pie. You will have to click on the link to find out what type it is 🙂

This year is a bit special for Pi Day as we can align more digits than normal.

Some people look back to 1592 and claim that it is the ultimate Pi Day. However, there are a few problems with this. The Month/Day/Year format was not used at that time, and quite frankly no one knew Pi as Pi.

The use of the symbol π was not used until the early 1700’s. Before this time the letters c or p were used in equations to denote the value for circumference or periphery. Of course π is the first letter of periphery so most likely this is why it was chosen by William Jones and then used by other mathematicians.

There is another reason why I remember Pi Day, and it also has to do with Science and Mathematics. March 14 is the birthday of the man who lived in this house at 112 Mercer Street in Princeton, New Jersey. 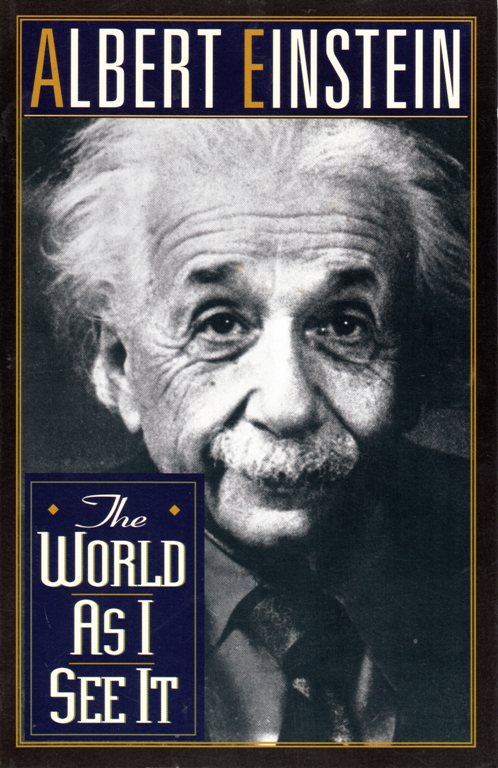 Albert Einstein was born on March 14, 1879 in Ulm, Germany. He emigrated to the US in 1933 and took a position at the Institute for Advanced Studies in Princeton.

I just happened to pick up a copy of his book The Word As I See It at the library book sale this afternoon. This is what started my mind wandering away from Pi on Pi Day.

I took the picture of the Einstein House when I was visiting Princeton 15 years ago. The next picture that I took after the one of Einstein’s house was of the Mercer Oak just down the road in the Princeton Battlefield State Park.

The picture above is one of the last pictures taken of the tree. I just looked at the date stamp on the picture and found that I took it on February 27, 2000.

Of course this tree makes me think of the movie IQ.

This is one of my favorite movies. I may just have to watch it tomorrow to celebrate Einstein’s birthday.

One of the scenes in the movie features the Princeton Battlefield Park and the Mercer Oak.

I like IQ for several reasons. One is that it is about Einstein, it has a good story line and probably the main reason is that it stars Meg Ryan who is one of my favorite actresses.

Have some pie to celebrate Pi Day and Einstein’s Birthday tomorrow!