For those of you who regular visit my blog you know that I like to take pictures of flowers. I especially look for times when I can get both a flower and a living creature.

Here is the latest entry in my Flora and Fauna series.

I had many good opportunities to capture flower pictures on the trip to Turkey.

I also had a little bit of friendly competition with one of the other members of the tour to see who would get the best bee picture. 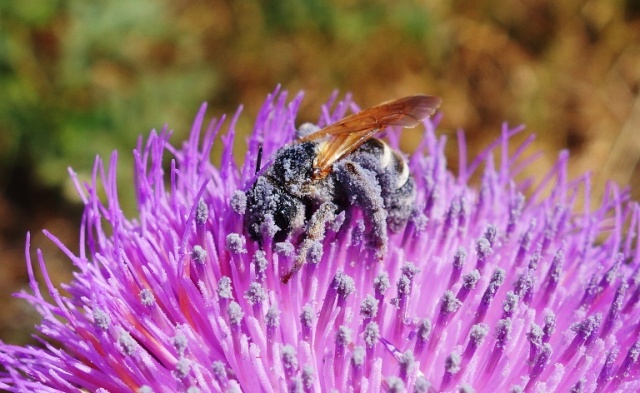 At Tel Ta’yinat near the Syrian border I was able to get a few nice pictures.

I really like the pollen covered bee in the picture above. 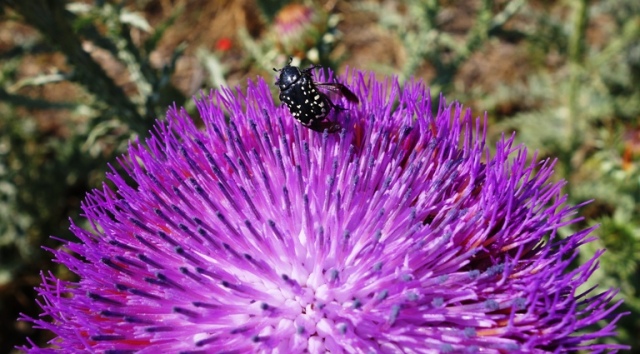 I also found a nice black bug on another thistle. The bug was buried in the thistle, but I watched as it extracted itself and flew away. 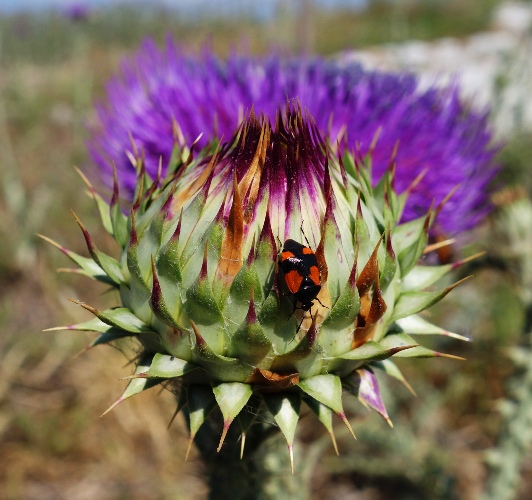 I like this picture for a couple of reasons. First you have an unopened thistle in the foreground and an open one in the background. Then you have a really nice looking little bug on the thistle bud. I really like the coloring in this picture. 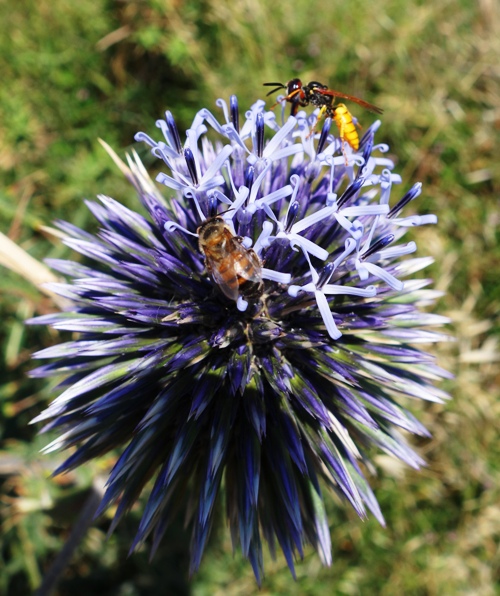 My choice of best bee picture is still not set, but the more I look at this one the more I like it.

This picture was taken close to the Titus Tunnel near Seleucia. 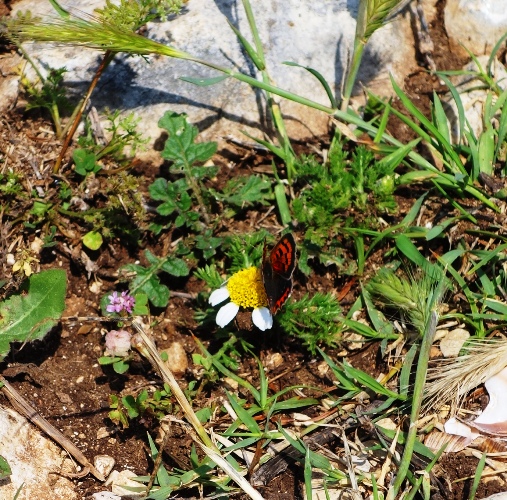 While walking down a Roman Road near Tarsus I was also looking for Flora and Fauna. I have some interesting pictures of beetles to share in a future post 😉

I was able to get a nice picture of a butterfly on a flower. The wings are not fully open, but you can see the nice color and pattern contrasting with the yellow and white flower. 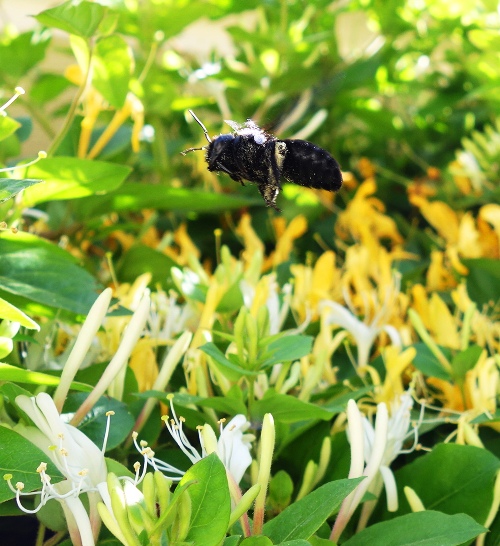 I took this picture at the Karaman Museum. I really like this picture as the bee seems like it is suspended above the flowers without having any wings. The wings are moving so fast that they are not visible.

Which of these pictures is your favorite?

Here are links to the previous posts in the Flora and Fauna series: