Last night I was so tired that I did not have time to write much before collapsing into bed.

Tonight I have decided to share a little bit about the journey home.

Monday was a very long day for me. The day sort of started at 2:00 AM when I woke up while my roommate was getting ready to leave. The main tour group had a very early flight from Istanbul to Frankfurt and then on to JFK. My flight was later in the day, so I rolled over and went back to sleep and woke up at 6:00.

At 9:30 I met Dave and Sharon and the lobby and we took a taxi to the airport. 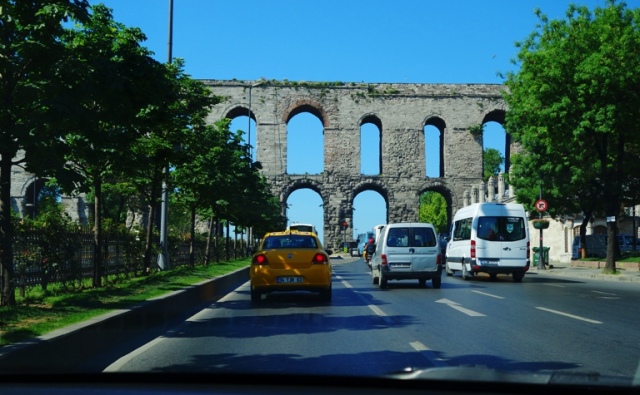 On the way to the airport we passed under the Valens Aqueduct which was built by the Roman Emperor Valens in the 4th Century AD.

The taxi ride was interesting as the taxi driver was trying to keep up with another taxi driver he knew, while also trying to avoid the speed cameras. Traffic was light since it was a holiday and we made it to the airport in less than 30 minutes.

When we got to the airport we had to go through an initial security scan and then I said my goodbyes to Dave and Sharon. I headed of to find the Lufthansa counter while they headed to Turkish Airlines. I had to wait awhile for the Lufthansa counter to open as I had almost four hours until my flight.

Once the counter opened it was smooth sailing. The check in took only a few minutes and then it was off to passport control and security with a VIP pass. In less than five minutes I was in a bookstore on the other side buying one more book.

The next stop was the Turkish Airlines lounge, where I would spend the rest of my time before heading to the gate. 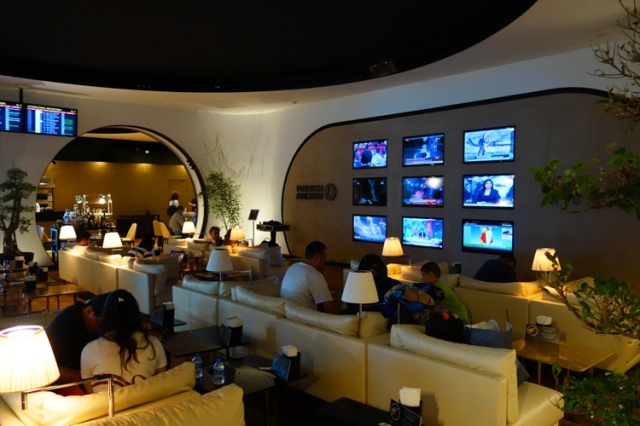 The Turkish Airlines lounge is hands down the best airport lounge I have ever been in. The lounge is huge and includes many amenities. There is a movie theater, video games, golf simulator, slot car race track, multiple food stations, drink stations, storage lockers, free wifi and seating for hundreds. The two levels of the lounge cover more than 30,000 square feet and can accommodate over 2,000 passengers a day.

For second breakfast I had Turkish meatballs and grilled chicken along with some canned fruit juices. I have to admit that two hours later I had the same meal for lunch. The food was great and this was just one of the dozens of food choices in the lounge.

I could have gone with the group to the airport in the middle of the night and just hung out in the lounge for the whole day. However, I am glad that I got the extra sleep when I did 🙂

Hmm, doesn’t really look like Business Class. This is what Business Class is like on Lufthansa’s medium haul flights. I knew what to expect as it was the same as the flight from Munich to Ankara a couple of weeks ago. The same seats as coach, but with a blocked off middle seat. 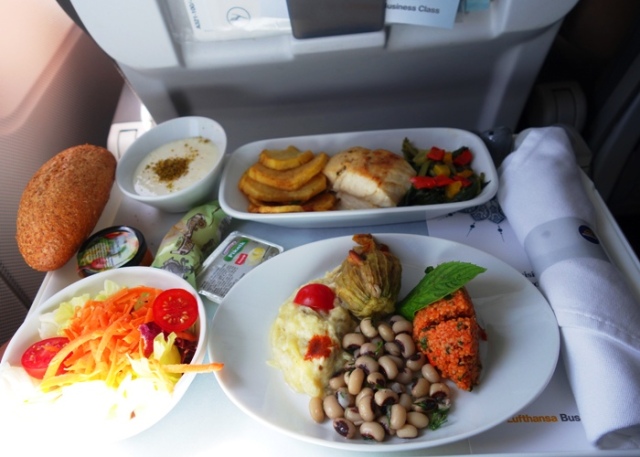 We were soon in the air for the three hour flight to Frankfurt. I did get a nice meal, which I am sure was much nicer than what was served behind the curtain.

The flight arrive early, which was not exactly a bonus. Since we were early we had to be bussed to the terminal, go back through the security lines and then I had a long walk to my next flight. This was especially frustrating as the plane from Istanbul parked less than 100 feet from the plane that I flew home on. 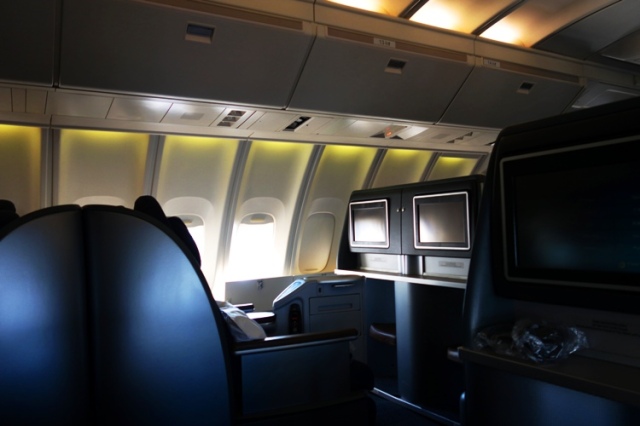 I guess the advantage was that I got my exercise and that I only had to wait about five to ten minutes at the gate before boarding. I made my way to the upper deck of the 747 and settled in for the long flight.

I was all set for a nice peaceful flight until the passengers who had the seats across the aisle arrived with a toddler in tow. Oh well, I got to watch an extra movie and a little more TV since I only slept for a couple hours. 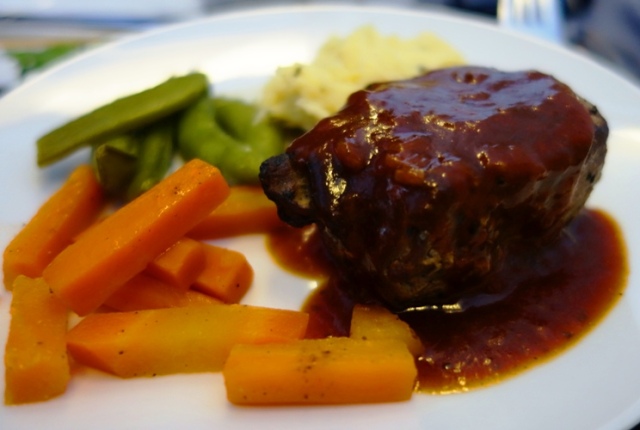 The meals were really nice and I was well taken care of during the flight. The attendants kept my Cran-Apple and water glasses full as I had a meal of hot nuts, salad, fruit plate, steak and veggies, cheese plate and then a nice dessert. Close to landing we had another nice meal. 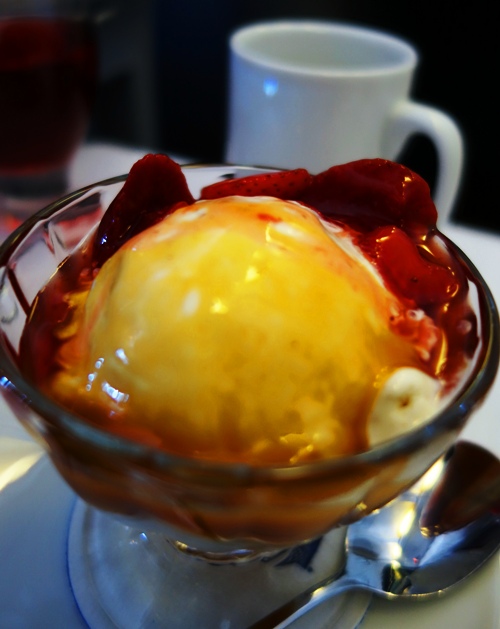 Here is my dessert after the first meal. A nice dish of ice cream topped with caramel and strawberries.

My plan was to watch a movie and then sleep for about four hours. The toddler was crying after I finished watching the first movie, so I watched another. I then was able to get about two hours of sleep before the toddler woke me up for good.

I then watched an episode of Sherlock and then several TV comedies and a documentary on tree houses. I also read a little bit more of Moby Dick, it has been a long time since I last read this great novel.

We finally landed at SFO and then it was time to retrieve my car from the hotel where I stayed on the way to the airport. See: Getting to Turkey

Old Blue was waiting for me at the Holiday Inn Express and I was soon on the road for home. After a quick stop at the grocery store for milk, bread and yogurt I was home at last.

The journey was long, but I at least had some comfort along the way.

Today was a long day at work trying to get caught up. Tomorrow will be the same.

2 Responses to The Journey Home