I had plans earlier today to write a post about city gates. I took several pictures of city gates while in Israel last year and also built a Town Gate with Ankerstein. In fact I had even posted a teaser link to Facebook of the Town Gate that I had built.

But, in the meantime my mind wandered.

Although it was not mentioned in my paper this morning I saw on-line that today was the 44th anniversary of the moon landing. I had also used a picture of an almost full moon in my post yesterday: A Night at the Barn 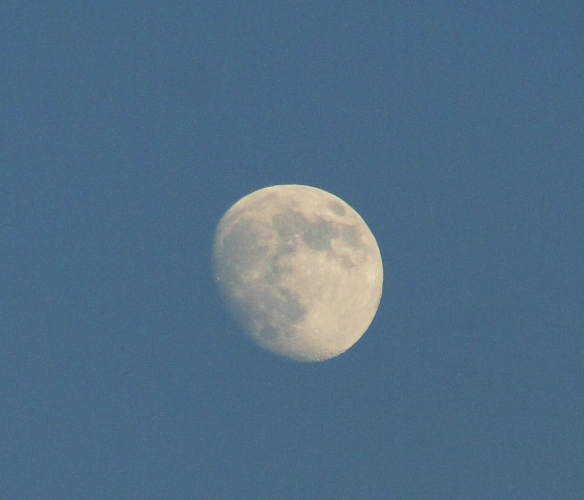 I had also remembered a nice Frank Andrea Miller editorial cartoon that would go with a post about the moon landing and also another neat historical piece that I had received from my Grandma.

So, it was time to open up one of my Grandma’s scrapbooks. The scrapbooks only go up to the mid-60’s so I didn’t have anything of the moon landing in ’69. However, if found this in a ’62 scrapbook. 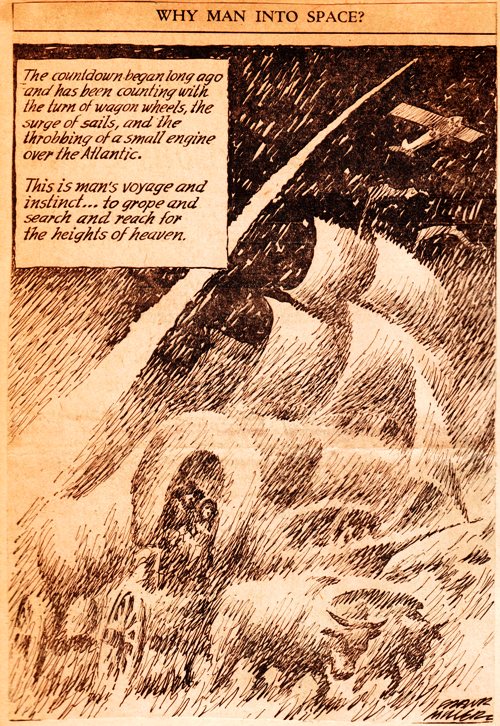 I really like this editorial cartoon by Frank Andrea Miller.

Why Man Into Space? was a big question at that time. Why were we spending so much money on space exploration?

The progression of images from the wagon train to the rocket ascending into space tell of a long story of exploration.

The countdown began long ago and has been counting with the turn of wagon wheels, the surge of sails, and the throbbing of a small engine over the Atlantic.

This is man’s voyage and instinct … to grope and search and reach for the heights of heaven.

I also want to share another gift from my Grandma. 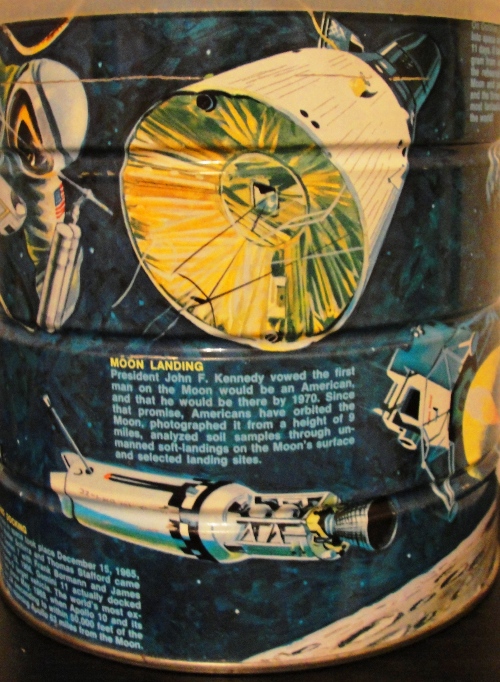 On one of my Grandma’s visits she brought me this really cool coffee can. Scenes from the space program are painted around the outside of the can. 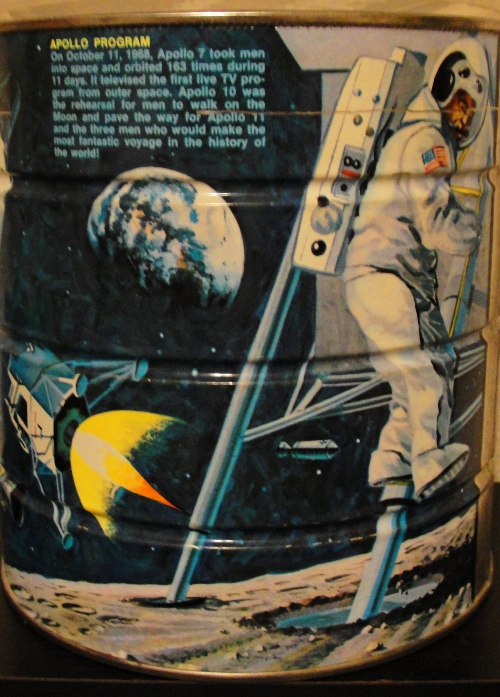 I really like the image of Neil Armstrong descending from the lander.

You can see a few another image of the coffee can and another Frank Andrea Miller editorial cartoon about the space program in my post Friendship 7.

I hope you weren’t disappointed that I didn’t post about city gates. It is still knocking about in my memory so perhaps you will see it some day.