When talking to people about my family history, I often tell them that I am 1/4 Amish. Some are quick to point out that Amish is a religious group.

The majority of the Amish come from the same area of Europe and very few people from the outside world join the Amish as they do not actively seek new members. In essence due to their separatism, they have become an ethnic group with religion as their unifying factor.

My Grandfather’s parents were Amish and they left the church shortly before he was born. That makes 1/4 of my ancestry Amish.

So, where did the Amish come from? The primary intent of this post is not to look at the religious beginnings of the Amish church, but rather where they came from geographically.

We will start with Erlenbach im Simmental: 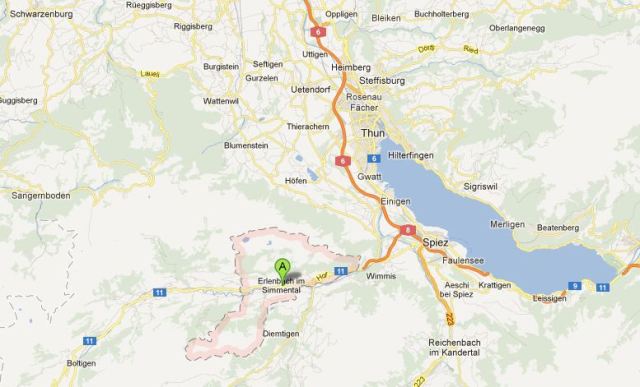 Erlenbach im Simmental was the birthplace  in 1644 of Jakob Ammann who became an Anabaptist leader. Later, near the end of the 17th century there was a schism in the Swiss Brethren church. The followers of Jakob Ammann became known as Amish and the followers of Hans Reist took the name of Mennonites. The name Ammann is no longer seen among the Amish today, but another family from Erlenback im Simmental has many descendants among the Amish. The Stutzman family came from this same small town in the Canton of Bern.

Next we have the small town of Steffisburg: 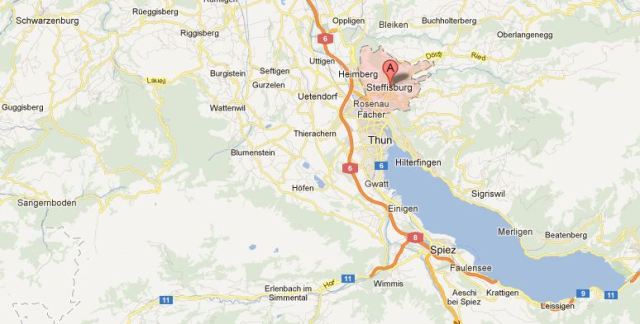 Steffisburg is not far from Erlenbach im Simmental and is the ancestral home of my Yoder (Joder) and Kauffman families. Many of you will recognize the name Yoder. It is probably one of the most distinctive Amish names. Some of the other Amish surnames from the Steffisburg area are Beiler, Blank, Brenneman, Eash, Eby, Eymann, Gingerich, Graybill, Lehmann, Lorentz, Plank, Raber, Ropp, Schlabach, Stahli, Schantz, Schweitzer, Stouffer, Stuckey, Troyer, Wenger, Zook and Zug.

Finally, we have the town of Schwarzenburg: 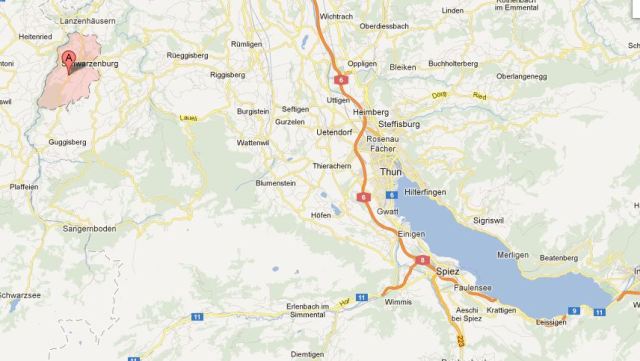 Schwarzenburg is the ancestral home of my Hochstetler family. There are several spelling variations for this family name, the most common probably being Hostetler. So if you see a name that sounds similar it is probably part of the family :-). Other Amish surnames from this area include Bricker, Bucher, Mishler and Staehli/Staley. 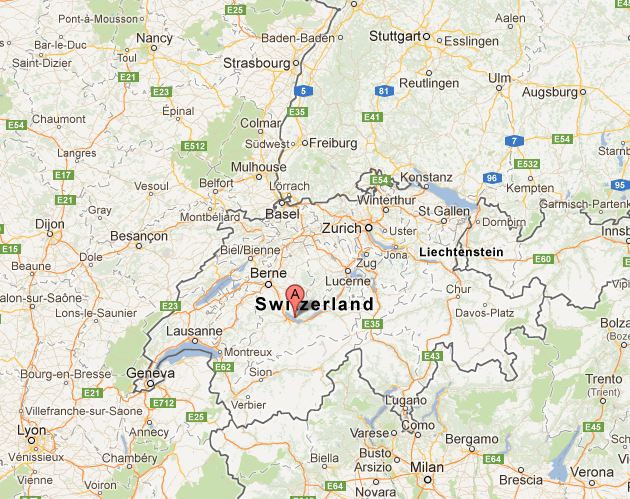 Here is a map of modern Switzerland. The marker is pointing to Lake Thun which is the lake shown in the first three maps. The three towns are all within about 15-20 miles of each other, so there was a lot of communication between the different families before they were later forced to migrate north to the Alsace, Lorraine and Palatinate areas in the Rhine Valley. From there they continued their migration on through the Netherlands to Pennsylvania and other areas of America in the mid 1700’s.

A later wave of Amish immigrants in the 1800’s came from areas further north in Germany. This later migration may be covered in a future post, but most of my Amish ancestors were in the earlier wave of migration.

I hope that you now have a better understanding of where the Amish originally came from in Europe. Although they migrated through Germany and spoke German, most of the early Amish immigrants were from the Canton of Bern which eventually became part of modern day Switzerland. Perhaps in a future post I will also explain the Pennsylvania Dutch misnomer :-).

If you would like information on a specific Amish surname, I can try and help you find more information. I have a few resources at hand and also have access to additional sources to search for information.

This post is part of a series on Religion in Family History. See also:

The Light in the Forest