As Thanksgiving draws near this week I am thinking of Scrooby.

Scrooby is a small village in Nottinghamshire, England and is where the nucleus of the congregation who journeyed on the Mayflower started.

On this map of England you can see where Scrooby is located relative to the major cities.

Scrooby is best know for a postmaster who lived in the Scrooby Manor house in the early 1600’s. The postmaster was William Brewster.

In this map you can see Scrooby near the top center. The spot that is marked is the very small town of Babworth. The Brewsters would walk six miles each Sunday to the Babworth church where Richard Clyfton preached.

William Brewster met William Bradford at the Babworth church and this began a lifetime of friendship between the two.

Clyfton believed that the Church of England needed to be radically reformed. Others in the area were also of this opinion and several other separatist churches were formed.

In 1605 Clyfton was suspended from Babworth and then began to preach at Bawtry which is just north of Scrooby (See the first map).

In 1606 Clyfton and his congregation started to meet in the Scrooby Manor. They were joined there by John Robinson who later organized the journey of the Mayflower. 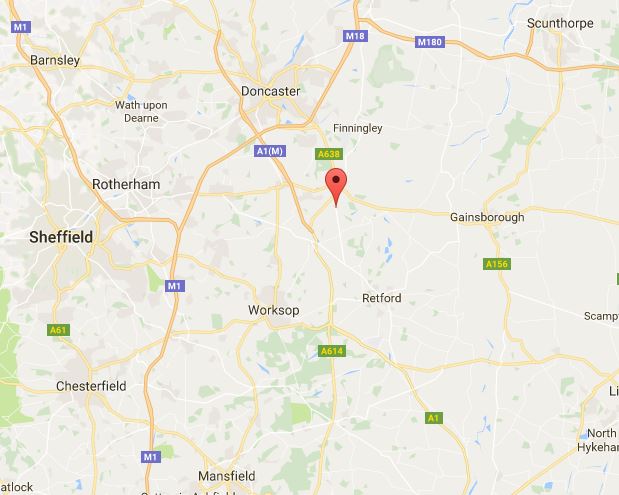 In Worksop, Richard Barnard lost his place in the parish church because of dissent in 1605. He went to Gainsborough for about a year before returning to Worksop and forming a congregation of about 100 separatists.

In Gainsborough a congregation had formed under the leadership of John Smyth which was more radical than either Worksop or Scrooby. 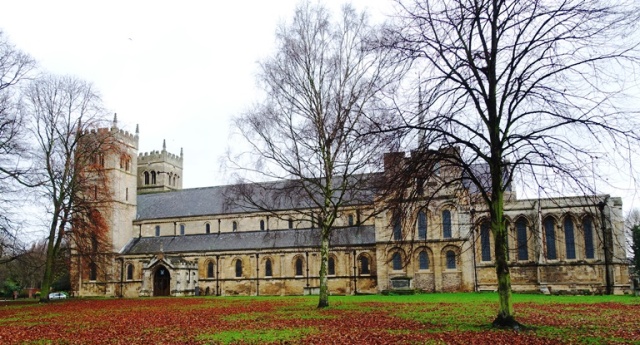 The congregation in Worksop also dissolved in 1607 with Richard Barnard returning to the Worksop Parish. However, Barnard remained a Puritan and protested against some of the practices of the Church of England.

This area must have been an exciting place to be in the early 1600’s. Some years ago I was able to visit Worksop and visit the large church building where my 11th great grandfather Richard Barnard served.

Someday I would also like to make a visit to Scrooby and other places in the area.

Although Barnard did not go to Holland or to Plymouth, his daughter later lived for some time in Plymouth along with her husband Roger Williams.

Now for more research, as the mention of Richard Whalley in the list of people who had appointed men to the church in Scrooby has brought forth more questions that I want to find more information about. Richard Whalley was the father of Edward Whalley and an uncle of Oliver Cromwell.

3 Responses to Around Scrooby