As Thanksgiving week has begun I have been thinking about the Mayflower Compact.

The Mayflower Compact was the first governing document of the Plymouth Colony and was composed and signed while the Mayflower was anchored in what is today Provincetown Harbor. 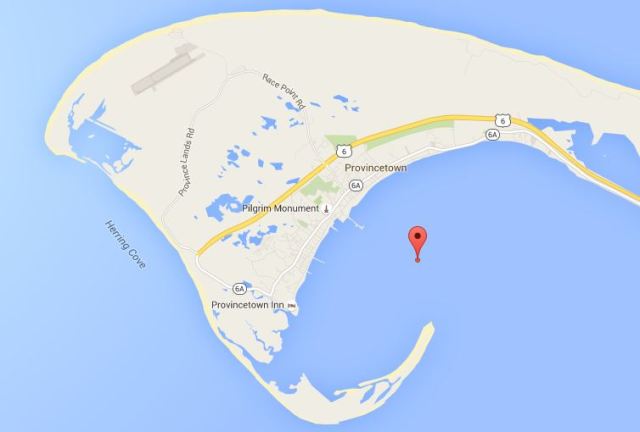 If you look closely you will see a marker for the Pilgrim Monument on the map.

Here is a broader view that shows that Provincetown Harbor is way out at the end of Cape Cod.

I decided to see how far Provincetown was from Plymouth which was their final destination. It is about 27 miles, or approximately how far I drive to work every day.

Below is a rendering in modern English of the Mayflower Compact.

The Mayflower Compact was signed by 41 of the passengers of the Mayflower including my ancestor George Soule. See: Mayflower Ancestry

Unfortunately the original Mayflower Compact has been lost to time. The last known location was in Plymouth, but most likely it was sent back to England on the Mayflower. Perhaps it is buried in an English archive somewhere.

Of course, many of the signers of the Mayflower Compact were at the first Thanksgiving dinners in the years to come.

Enjoy your Thanksgiving dinner this year and make sure you give thanks for all your blessings.