Tonight I am watching a show about the fire at Notre-Dame de Paris.

This has me thinking of the post that I wrote that day, so will simply share it again with some minor modifications.

That day my mind wandered to a trip that I made decades ago to France. I only spent a very short time in Paris, but could see the cathedral from the street my hotel was on. 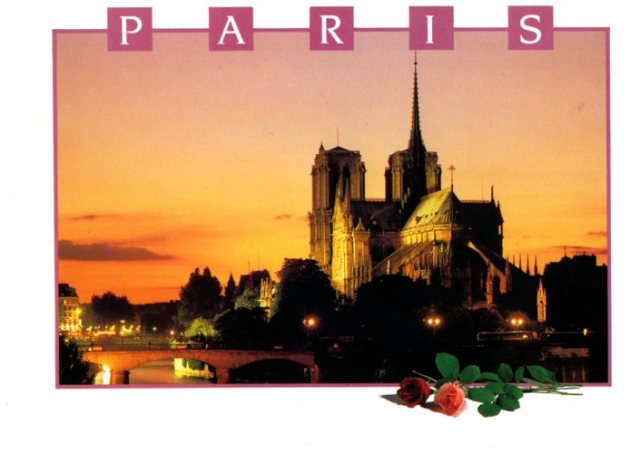 I tried to find the pictures that I had taken while I was there, but they must be tucked away somewhere else than in my picture archives.

However, I did find some postcards that I had bought. At that time I bought postcards almost everywhere that I traveled.

I was given a very quick tour of central Paris while I was there, but did not have time to go inside the cathedral.  My main destination had been further south in Lyon, and I was only flying in and out of Paris. 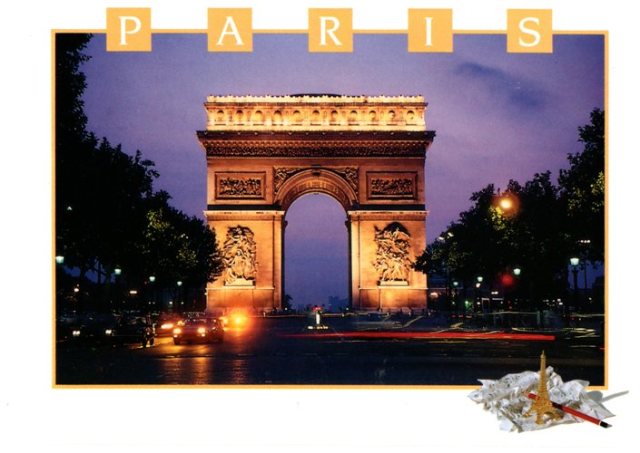 We drove around l’Arc de Triomphe while in heavy traffic, so I just got a glimpse of it.

I still remember the tiny little car that we were in. It was easy to park as it did not take much space, but not the easiest to see out of.

I was able to get out of the car at the Eiffel Tower and got to real quickly run under the tower and take some pictures. I was hoping to have found one of them tonight for my post.

I have some nice memories of walking along the street across the Seine from the Notre Dame Cathedral. I do remember browsing through the many shops full of books, but don’t remember if I bought any.

Someday I need to go back to Paris again. It has been way too long since my last trip there.

I do have a friend in my prayers tonight as she and her husband are vacationing in Paris. I wonder if they saw the fire.

My mind is really wandering, so I hope my post is at least coherent 🙂

Hopefully the cathedral was not damaged so bad that it can’t be rebuilt. It is definitely a landmark in Paris.

Back to tonight. The restoration process has started but was slowed by Covid-19 earlier this year. The cleanup is still in progress as it is a very difficult process to remove the damaged scaffolding and damaged structural elements of the building.

Now back to watching the show.

1 Response to Postcards from Paris II