On Sunday I was teaching a class about Absalom’s revolt and a couple verses brought up an interesting question.

17 Now Jonathan and Ahimaaz were waiting at En-rogel. A female servant was to go and tell them, and they were to go and tell King David, for they were not to be seen entering the city. 18 But a young man saw them and told Absalom. So both of them went away quickly and came to the house of a man at Bahurim, who had a well in his courtyard. And they went down into it. 19 And the woman took and spread a covering over the well’s mouth and scattered grain on it, and nothing was known of it.

How was the woman able to hide the well by simply covering it up and scattering grain on it? Wouldn’t you be able to see the shape of the well?

This made me think of a well that I saw during my first trip to Israel. The well is near Bet Guvrin in The Shephelah.

Here is the well that we stopped to look at. It is interesting to see the stone mangers in the picture. In this case they would have probably been filled with water.

I can imagine this would be a nice place to gather by in the afternoon when it is in the shade.

Here you can see that the edges of the well are level with the ground.

You can now imagine how the well in the courtyard at Bahurim could be covered up with a cloth and grain. 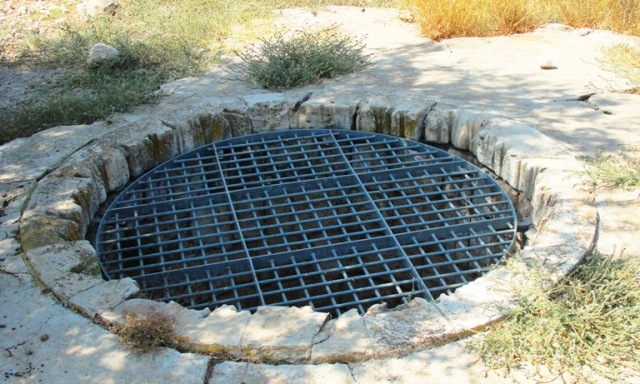 Because the well opening is at ground level you can see that they have it covered with a grate so no one will fall in. This well was very deep so falling in would be very dangerous. 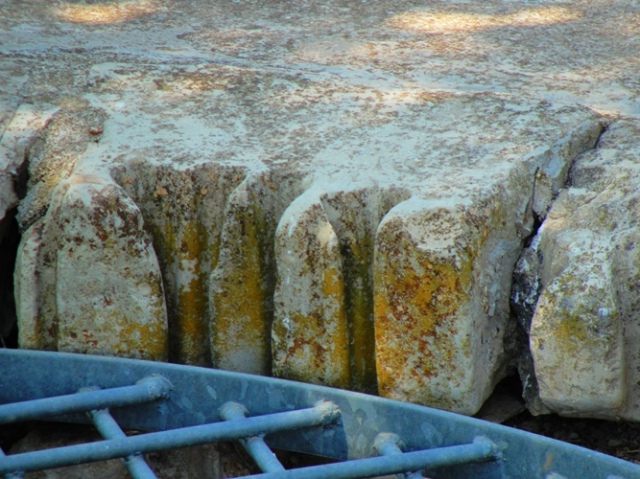 Here you can see the edges of the opening and the grooves caused by ropes being used over the years. I am sure a lot of water has been pulled out of this well over time.

Of course I am now thinking of other wells in Israel and here is a link to another post that I wrote about wells: Two Well Known Wells