This evening I will share some more books about American Colonial History.

There is much to learn about Colonial History that is not covered in our school systems today.

Also this year there have been several new works about the history of Plymouth Plantation since the quadricentennial of the landing of the Mayflower is quickly approaching.

I recently finished reading Pocahontas and Her World by Philip L. Barbour.

Many of you know the basic story of Pocahontas, perhaps because of the Disney movie. However, there is much more to her story.

This book does a great job of telling the story of how Pocahontas ended up marrying John Rolfe and going to England where she unfortunately passed away. The book also covers a lot of the history of the Jamestown Settlement. There is definitely a lot more to the story than what we see in our school books.

There was quite a bit of intrigue in this colony.

I am currently reading They Knew they were Pilgrims: Plymouth Colony and the Quest for American Liberty by John G. Turner.

This book was published just this year, so is a good up to date history of the Plymouth Colony. I have been enjoying it so far.

This book compares well with Saints and Strangers: Being the Lives of the Pilgrim Fathers and Their Families, with Their Friends and Foes, and an Account of the Posthumous Wanderings, and the Strange Pilgrimages of Plymouth Rock by Robert F. Willison and Mayflower: A Story of Courage, Community, and War by Nathaniel Philbrick.

I may have to go back and read a few sections from this book to see what Barry wrote about some of the same events.

Many people do not realize that Roger Williams spent time in Plymouth Colony.

For more a about this see: Roger Williams in Plymouth Colony

I have also been reading sections from The Mayflower Migration: Immigrants to Plymouth. 1620 by Robert Charles Anderson.

The book has updated biographical information on the passengers of the Mayflower. I was a little disappointed that some of the latest information I have seen about George Soule was not included, but perhaps more research is needed to verify what has been found.

This book is mainly an extract, with updates, from Pilgrim Migration: Immigrants to Plymouth Colony 1620 – 1633 which is also by Robert Charles Anderson. 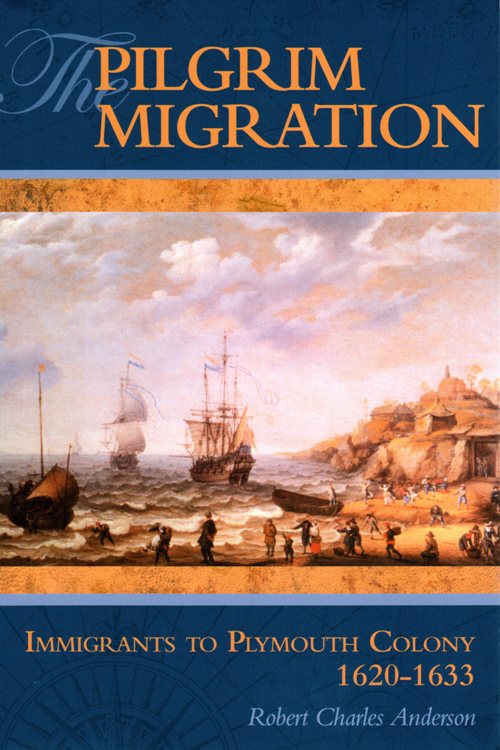 I have also been looking back through some of the sections of this book as several more of my ancestors were early arrivals in Plymouth. I have recently found that I am a descendant of Edward Bumpas who was a passenger on the Fortune in 1621. This was the second ship to bring immigrants to Plymouth.