Tonight as I sit in my office feeling like I am in a war zone I am thinking of 4th of July parades from when I was growing up in Kansas.

When you grow up in a small town you get the opportunity to participate in a lot of things you wouldn’t in a big city. The 4th of July parade was always a lot of fun. In the picture above I am pulling a wagon with the little girl from across the street as a passenger. 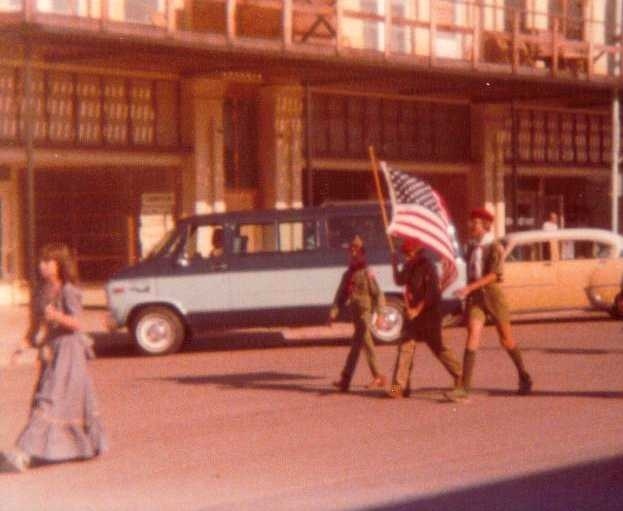 There were several years when I was part of the honor guard as a boy scout. Here we are following Betsy Ross in the parade.

Here is another picture that was taken a few moments earlier. You can see the parade being led by a police car, and following us was the old fire truck. For the rest of the day the volunteer firemen would drive around town spraying people with the fire hose.

There were many events on the 4th of July in our small town, including what was billed as the World’s Largest Turtle Race. I am wondering if they had the race this year, I have not seen any pictures so far on Facebook and I usually do. 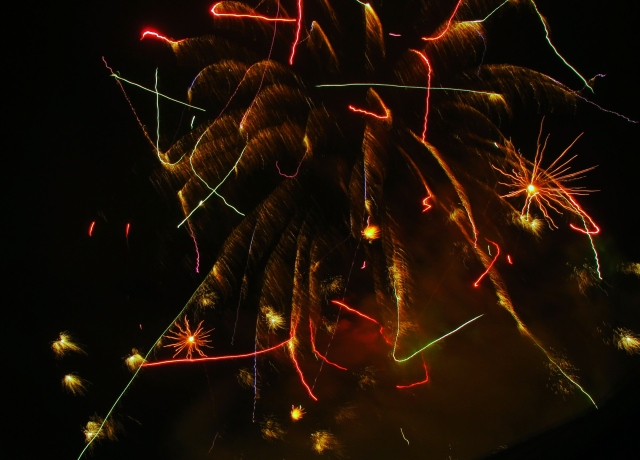 In the evening of course there were fireworks, and I have memories of them not always going off as they should. We had to be careful 🙂

Now to close this out as I just can’t concentrate with the constant rumbling of illegal fireworks. Some of them are so loud and close that the windows of the house are shaking.

1 Response to 4th of July Parade