My trip to Omaha is not off to a good start. I arrived at the airport early to beat rush hour traffic, but already my flight time has been pushed back twice. 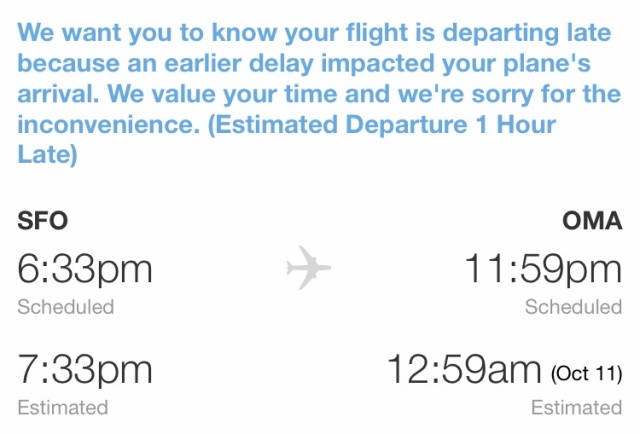 When I checked in there was a one hour delay. My flight was already scheduled to arrive a minute before midnight, so that pushed the arrive to 1 am.

By the time I made it through security the delay had lengthened to almost two and a half hours.

Now the arrival is in the middle of the night. What are the chances that the car rental office is still open?

The gate has already changed three times, and the latest notification popped up while writing this. The changes are probably not over.

So, how to occupy my time? I have already spent some time browsing the SFO Museum displays.

Does this 50’s package bring back memories? It still looked much the same in the early 70’s.

Now I am hungry. Perhaps I should have an early dinner.

Lots of choices here at the airport.

Here’s to hoping there are no further delays. 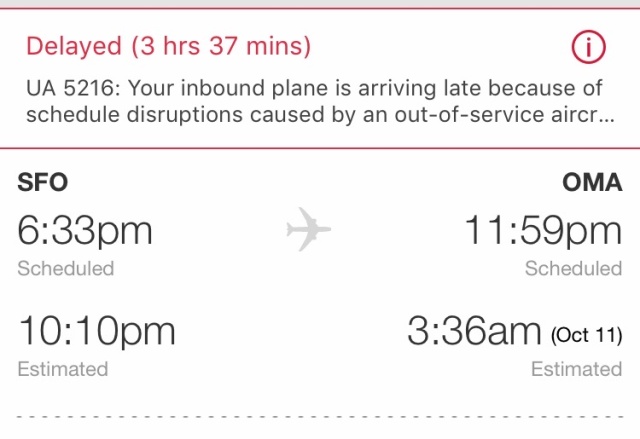 Now even more of a delay. We have a plane, but no crew yet.

Not very happy with the operation decisions as to which routes get priority.