Another Rainy Trip to Germany

When I landed in Frankfurt this morning it was raining. This made me think of a post that I wrote last year about a Rainy Trip to Germany.

The flight was long as usual, but that meant that I was able to watch a few movies along with getting some sleep.

One movie that I watched was Mary Poppins Returns which is partly based on some of the sequels to Mary Poppins. I do remember that Mary Poppins arriving on a kite string is from Mary Poppins Comes Back.

For more about the sequels see my post Mary Poppins.

I also watched Mortal Engines, which I thought was pretty good. Unfortunately it did not do well at the box office and the proposed sequels will most likely never be filmed. 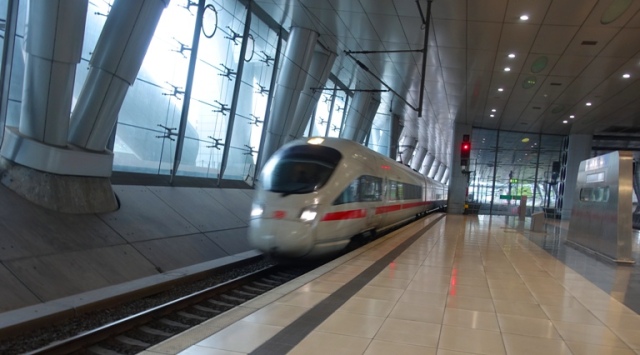 When I arrived at Frankfurt, it was then time to head to the train station. I had the shortest wait ever at immigration. There is usually a very long line and today it was totally empty when I arrived. However, this meant that I had to wait longer at the baggage claim. You have to wait somewhere 🙂

I made it to the train station in time to catch the train I wanted. If I missed this one I would have had to wait an hour longer, make two train changes, and arrive almost two hours later in Jena. 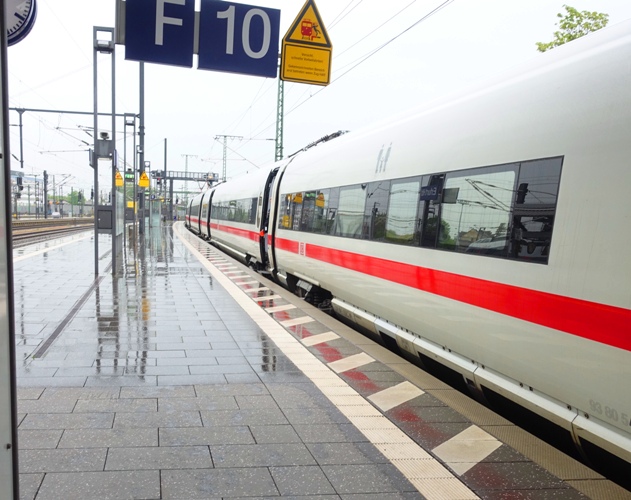 When I arrived in Erfurt, where I change trains, it was rainy and I had to hustle down the platform to avoid getting too wet. I was two cars further up from where I took this picture. 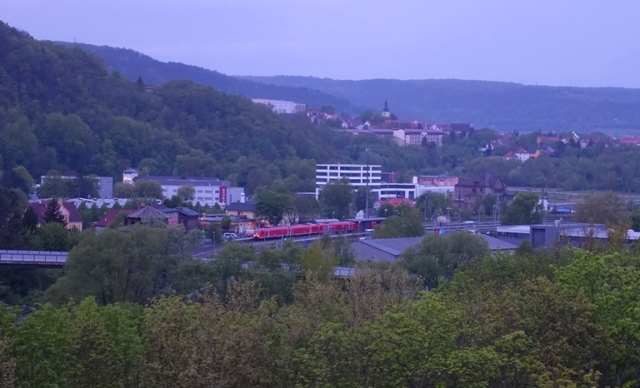 I then took a regional train on to the Jena Göschwitz station. I took this picture from my hotel room later this evening. From the train station I then caught a street train to the top of the hill. If it had been nice weather I might have walked up the hill, but didn’t want to get too wet.

Here is another view from my hotel room. I get to see a nice bridge and fields of yellow in the distance.

Now for some sleep before a full slate of meetings tomorrow.