When I am traveling in Japan it is always nice if a Sumo tournament is going on as I can watch some Sumo on TV. 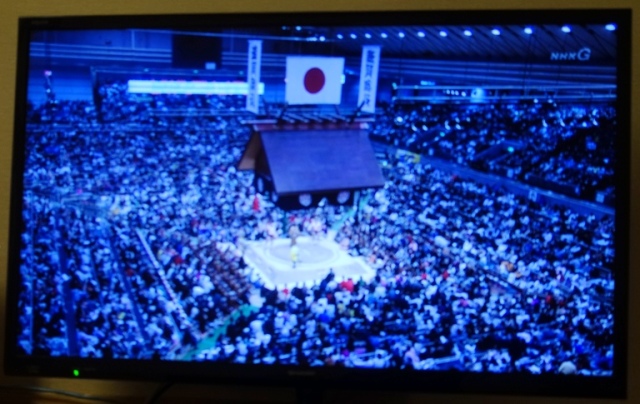 The Grand Sumo tournament in Osaka was just finishing up and I was able to see some of the last matches on Saturday and Sunday. 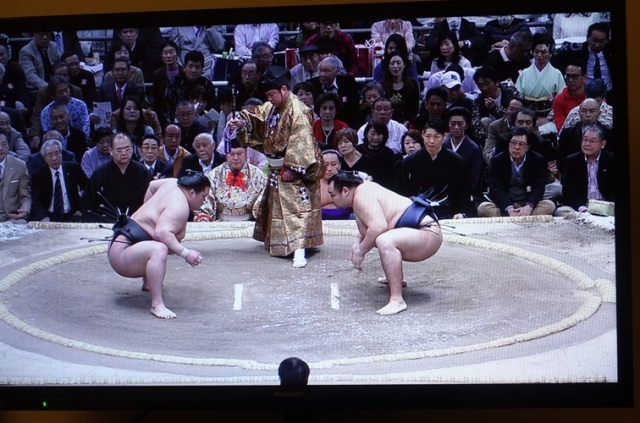 These sumo may not look too big in this picture, but the average sumo wrestler weighs more than 350 pounds and is well over six feet tall.

At one time there was a rule that sumo wrestlers must be taller than 5’8″. This rule was done away with after some wrestlers were having silicon head enhancements to make themselves just a bit taller to meet the minimum height. 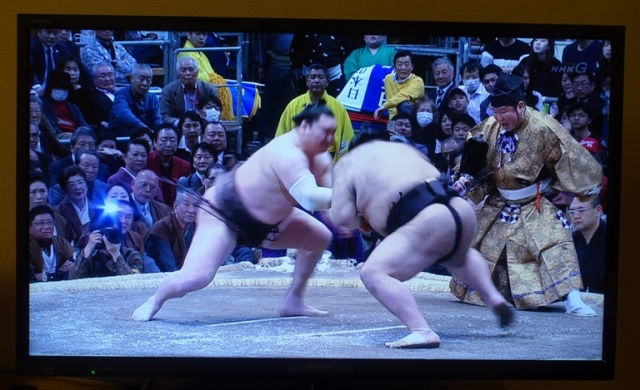 The word sumo means ‘striking another’ and this is really what they do as they start from a crouch and launch themselves at each other. Think of the players on the line in football and you get the idea. However, the sumo wrestlers are not wearing any padding and get to use their hands to grapple with each other. 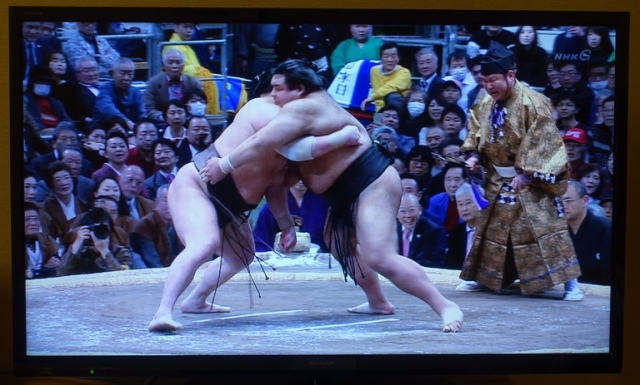 The goal in Sumo is to either push your opponent out of the ring or have any part of their body other than the soles of their feet touch the ground.

Sometimes you will see a sumo wrestler pick up their opponent and throw them down, or out of the ring. 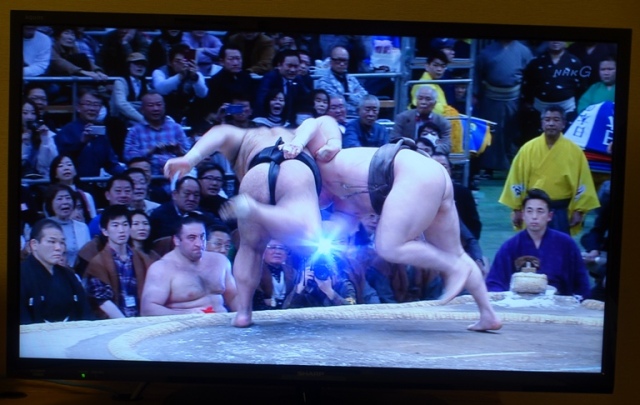 The matches do not last long. Most of the matches I saw were over within about 10 seconds. Above you see two sumo wrestlers that are both falling out of the ring. In this case the one who hits the ground first will be the loser. Of course, also losing was the cameraman as one of the sumo wrestlers hit him as he landed.

I am not sure I would want to sit in the first row.

I was in Osaka a few days later and some of the sumo wrestlers who competed in the tournament were buying train tickets at the same time we were. They were definitely big guys and made me feel a bit small.

It is always cool to watch sports when on the road, especially if they are sports that are not common in the US like Sumo, Cricket or Rugby.

What sports do you like to watch when you travel?