Today I had a Long Thanksgiving.

The day started out with going out to pick up the newspaper. There was a very large newspaper this morning, however it was only two skimpy sections of news that was not even as current as a normal newspaper. The press deadline was much earlier yesterday, and the paper was really just a wrapper for all of the ads for Black Friday. 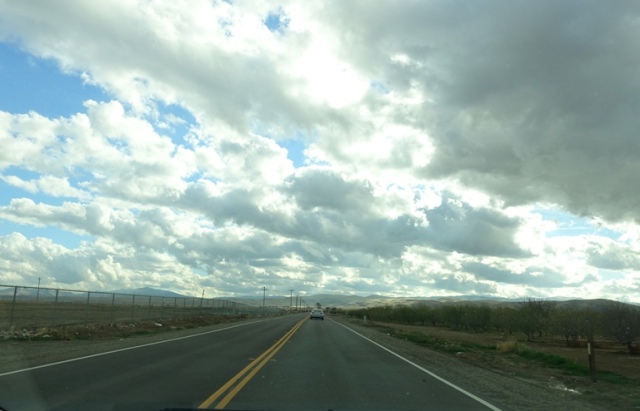 In the early afternoon I drove south to Patterson. The drive was beautiful with a clear sky full of clouds.

Now how can it be a clear sky with clouds? If you have been here in California the last couple of weeks you would know what I mean. The smoke has all cleared out of the Central Valley and the air is breathable again. 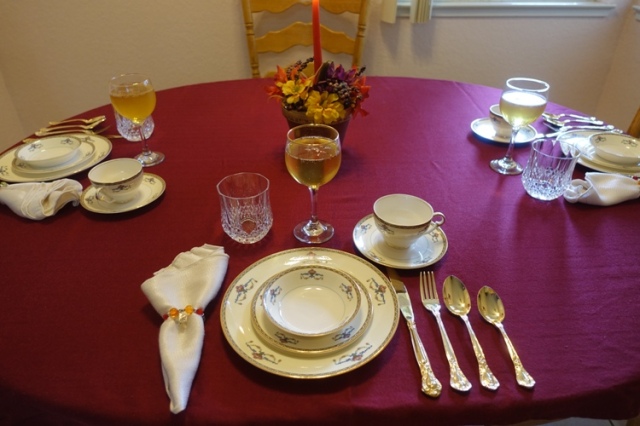 The day was actually no longer than any other, but rather I celebrated Thanksgiving with a meal at the Long’s house. My friends Doug and Becky had an empty nest with all their children away so they invited me to share Thanksgiving with them.

The place settings were beautiful with some vintage plates and flatware. I have had several feasts with the Long’s and always enjoy eating off of these plates. They have only one drawback as they are a little small, but then there is an excuse for seconds 🙂

The turkey was not too big, but with only three people you do not need much. It was still quite a bit, but two of their kids will be home for the weekend and will have leftovers to eat. 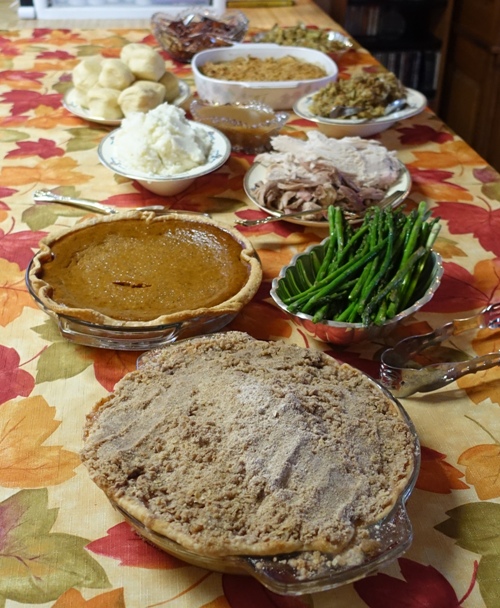 Here is the food all laid out and ready for us to load up our plates. The asparagus adds a nice touch of color to the food.

Here is my first plate of food. It was all really good with the traditional tastes of Thanksgiving.

We had some great conversation during the meal and after and overall just had a great afternoon.

We talked about Family History, friends, work, religion and even a bit of politics 🙂

I also reflected on how it has been 397 years since my family first celebrated Thanksgiving in America.

Now to avoid the big stores tomorrow on Black Friday, although I may visit a few small stores.