Posted on September 8, 2018 by vanbraman

Today I took a road trip to Sacramento along with some friends to eat at the new Cracker Barrel. This is something I have been looking forward to for a long time.

I remember back in the 90’s when a Cracker Barrel manager in Missouri told me that they would never open any restaurants in California. He was wrong 🙂

We arrived a little before 11:00 and got our name on the waiting list. We were told it would be an hour or more before we would be seated. 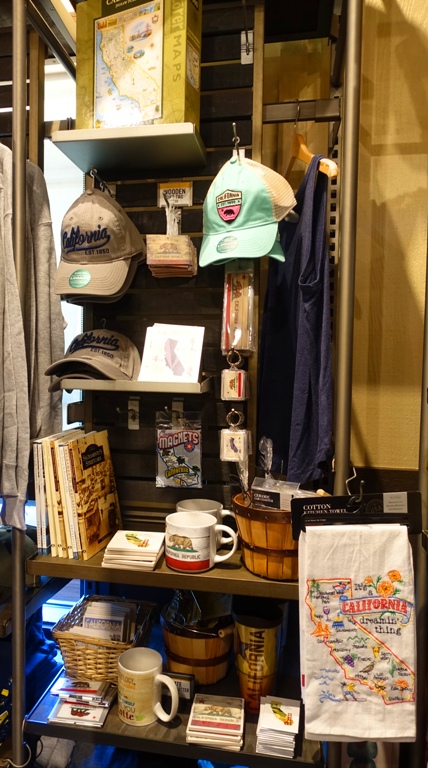 We decided to check out the old country store while waiting. This was a bit interesting as there were a lot of Christmas items. You would have thought that it was already November instead of just September.

They did have a nice section of California items. They also had the typical Cracker Barrel offerings that you see in all stores like toys, clothing, books and food items.

One of the things that I also noticed was that the layout of Cracker Barrel has been changed. The checkout is now against the back wall and the restaurant section is divided into two instead of three sections. The manager told me that this is the design for all new locations.

We were finally seated after waiting for about an hour and right at Noon. I glanced through the menu, but already knew what I was going to order. I have been thinking about my order for a very long time 🙂 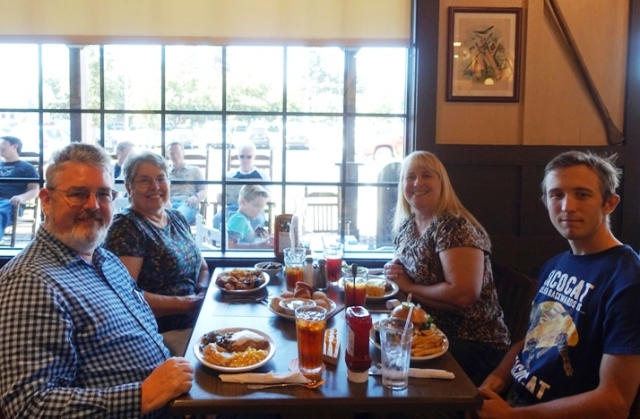 Here we are with our plates of food all ready for our first California Cracker Barrel meal.

I have been looking forward to my Chicken Fried Chicken. It was really good, especially with the nice biscuits.

I did have a change to talk to the manager and we discussed the visit of my distant cousins Ray and Wilma Yoder. They came to the grand opening to keep their record of eating at every Cracker Barrel intact.

Wilma’s closest relationship to my Grandpa is a 3rd cousin and Ray’s is a 4th cousin. 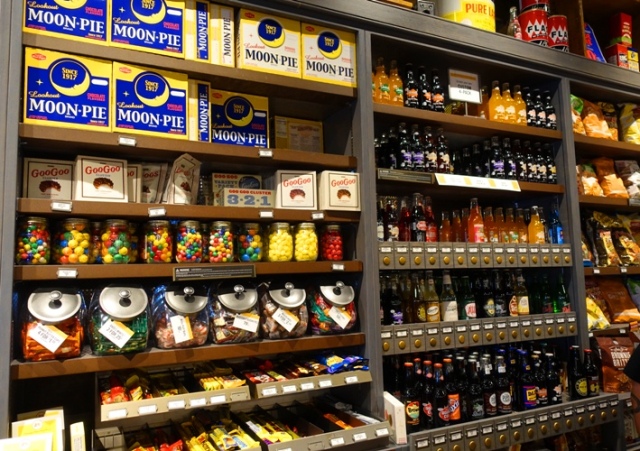 After our delicious meal it was time to pay and get back on the road. We had to pass by the food wall, but since I had a full stomach I was able to resist the Moon-Pies, candy and wide selection of sodas.