Today I have had a long layover in Frankfurt. Thankfully it is almost over. I will board in about an hour.

Here is the plane that I flew to Frankfurt on. It was a nice flight on a 787.

After landing I had to take a long walk to a different terminal. On the way I made a short detour to visit Albert Einstein. I always like to visit this sculpture when I pass through. 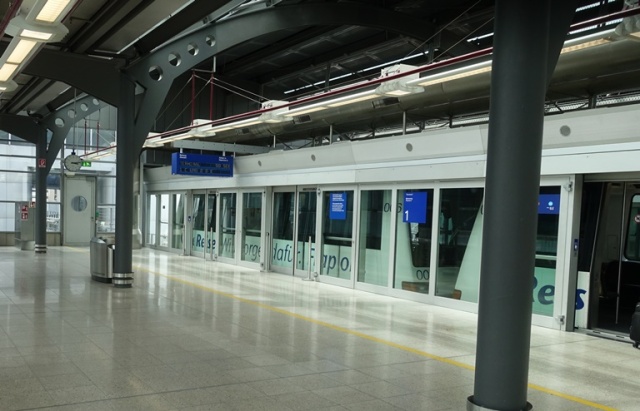 I also had to take a train between the terminals. At least this weekend I only have to take it once. Last weekend in Zurich I took the inter-terminal train four times with all I had to do. 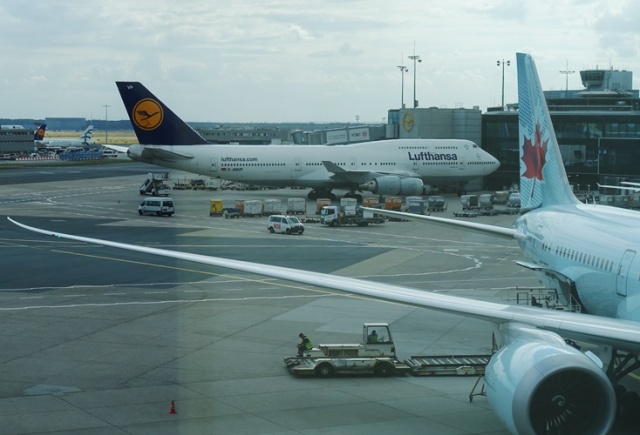 I have spent most of my layover watching planes out the window of the Lufthansa Senator club. Here is one that I could have used a couple days ago when I needed a picture of a Lufthansa 747. I will be flying on one next weekend.

I think this may be the plane that I will flying on next. It has been sitting way across the airport at a remote spot and just recently moved. My flight to Johannesburg is on an A340-600.

Now to finish a couple things and head to the gate.

2 Responses to Layover in Frankfurt