The Pulitzer Prizes will be announced on Monday, April 16 which is still more than a week away, but I will give my prediction this evening. Of course, the category that I am interested in is Fiction.

My prediction may not be correct as it will be based more on the original intent of Joseph Pulitzer.

Here is the original stipulation from his will:

Annually, for the American novel published during the year which shall best present the whole atmosphere of American life, and the highest standard of American manners and manhood, One thousand dollars ($1,000).

Here is the current stipulation from the Pulitzer website:

To me the prize comes down to three things; American author, American life and that it is a novel.

Usually all the material in short story collections have been written over a period of time and have been previously published. I believe that the Pulitzer should be given only for work published in the previous year.

Each year PPrize.com issues a list of books on their prediction page. It does change over time and I try to read most of them to see if I can read the winner before it is announced.

A note on the covers. All of these were checked out from the library. I scanned the cover and then blanked the bar code labels.

Here are some of my thoughts. 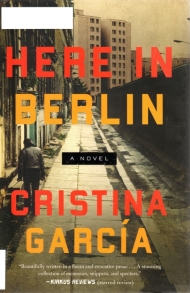 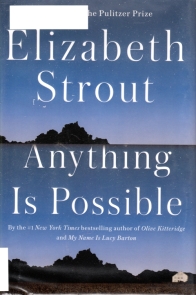 I enjoyed reading the stories in Here in Berlin by Christina Garcia. They were all in some way connected, but since they were set in Cuba or Berlin this book does not meet my criteria of dealing with American life.

Fresh Complaint  by Jeffrey Eugenides is another collection of short stories. However, they are not connected so do not meet my criteria as a novel. It is also difficult for a former Pulitzer winner to win again. I did enjoy most of the short stories in this book

Anything is Possible by Elizabeth Strout is a collection of short stories based on characters from her previous novel My Name is Lucy Barton. Strout is also a former Pultizer winner and I don’t think this collection is quite enough to win again. 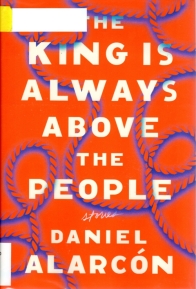 The King is Always Above the People by Daniel Alarcón is another collection of short stories. The stories here are about American Life, but there is little connection between them so this is not a novel. I thought that some of the stories were good, but overall they fell short.

Five-Carat Soul by James McBride is another collection of short stories. They are all new and are not a collection of past writings. However, they are not connected into a novel. Most of the stories are pretty good, but there were a few that I did not care for.

The Ninth Hour by Alice McDermott is set in a Catholic community in Brooklyn. It is a good historical novel, but not one of my favorites. I had a hard time getting into this book.

Pachinko by Min Jin Lee is a great historical novel that is set in Korea and Japan. A wonderful history of a family, but not about American Life. This was one of my favorites of the books I read this year, but not my choice for the Pulitzer.

Dark at the Crossing by Elliot Ackerman is set on the border of Turkey and Syria. The book is well written and tells a good story.  The main character is described as Arab American, but he spent only a very limited time in America so to me this really has no connection to American life.

Improvement by Joan Silber has won several awards already. It is about a young woman and her aunt and is set in Harlem. The book has an intricate plot line that was at times hard to follow. To me there were some dropped character connections and a few continuity issues as well as some sections that had no bearing on the story. The story was good, but it didn’t pull together for me. 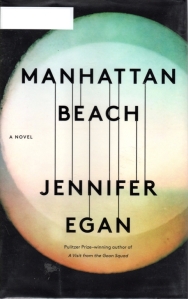 Lincoln in the Bardo by George Saunders was a very interesting read. This book has already won a few major awards, which I find surprising. This disjointed book is based off of accounts that President Lincoln visited the grave of his son Willie and removed him from his coffin and held him. The book is set in the underworld and has a mystical theme. Although it is about one of our best presidents, I don’t believe that it is a novel about American life.

A Kind of Freedom by Margaret Wilkerson Sexton was a very good generational novel. The book deals with racial equality within the African American community over three generations. The author seamlessly switches back and forth between generations as she tells the story of how decisions effect the future of the family.

Manhattan Beach by Jennifer Egan is a great historical novel set in the Great Depression. I really enjoyed this novel and the story it told. There are some interesting plot twists and Egan was really good at developing her characters. This would be a great candidate for the Pulitzer, but since Egan has already won a Pulitzer I do not think that it will win the prize. 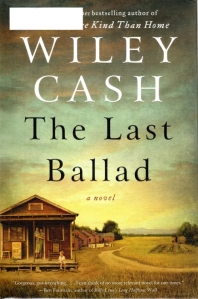 The Twelve Lives of Samuel Hawley by Hannah Tinti was a great father-daughter story. The story seamlessly switches between the past and present as we hear the story of the fathers life. It is a coming of age story for the daughter as she learns about her past and how it has brought her to the present. This was one of my early favorites for the Pulitzer.

The Last Ballad by Wiley Cash is set in the mill towns of the Appalachian foothills in the late 20’s. This was the time of union strife and the story centers on the life of a young woman who joins the labor movement. The book is well researched and the story is richly told. A great novel about American life, but the theme is not current. I would welcome this as a Pulitzer winner though.

Sing, Unburied, Sing by Jesmyn Ward is at the top of the pprize.com prediction list. The book is about an African American family. The story is centered around a trip to pick up the father from prison. The book has a generational component where the story looks back at the past. The book is also a bit mystical with the inclusion of the ghost of a former inmate of the prison farm. In some ways this book reminds me of the winner from last year. This was a good book, but is not my pick for the prize. 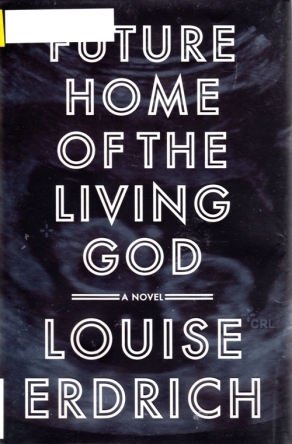 Now for my predictions. Here are my two favorites

Future Home of the Living God by Louise Erdrich is a Dystopian novel that is set in a world where a fundamental religious group has taken over the government. In some ways this novel reminds me of The Handmaid’s Tale by Margaret Atwood.  The plot centers around a young pregnant woman who is struggling to have her baby without interference from the government as few women are able to deliver healthy babies. The setting is mostly on a Native American reservation as are many of Erdrich’s books. I really enjoyed this book, but there were some unanswered questions as to how the world had changed. Wonderful writing and a great look at how American life could be in a Dystopian world.

The Leavers by Lisa Ko is my choice for the Pulitzer. This book has great character development and deals with a very current issue in American life. The main character is the son of an undocumented Chinese immigrant who is detained and sent back to China. The story chronicles his life as he is adopted at the age of 11 by a white American couple who are professors at a small college. He is brought up in a small city away from Chinese culture. He later reconnects with friends from his childhood and is able to find his mother in China. An interesting look at the way illegal immigration affects families and a topic that is very much a part of American life at this time.

It will be interesting to find out who the winner is and which books are named as finalists. I just hope that the members of the jury do not try and influence the pick by submitting one strong book along with two weak ones as they have done is some of the recent years. The final choice should come from the Pulitzer committee and not the members of the jury. I hope that they gave them three strong choices this year.

p.s. I did not do too well with my predictions. See: 2018 Pulitzer for Fiction