My heart has been saddened while watching news of the devastating fires in Southwest Kansas.

There are more than 20 counties in Kansas experiencing wild fires, but the fires in one area hit very close to my heart.

The town where I grew up in Kansas was evacuated yesterday along with several others in the area. Since Ashland is a very small town, I know many of the people there and still stay in contact with a lot of them. My Facebook feed has been filled with stories of the fires.

In this update from earlier this morning you can see the large areas of the fire that are still burning. At this time it looks like the town of Ashland itself has been spared, but unfortunately many homes in rural areas have gone up in flames.

The pictures I will be sharing here were taken further north in Hodgeman County, but are very similar to the scene in Clark County around Ashland.

My classmate and friend Tammy took these pictures and gratefully allowed me to share them with you.

This picture is especially touching to me as it shows a tractor plowing a fire break to try and stop the rapidly moving fire.

I spent many hours driving a tractor in the fields of Clark county the year after I graduated from High School. Now some of those same fields are going up in flame.

I have seen pictures of houses that have burned down and heard stories of the heroic efforts to save livestock and homes of the many ranchers who live in the area.

One of my classmates raises horses and has been fighting to save his home. He is also a basketball coach for the Ashland boys team which is scheduled to play in the State Tournament later this week.

The team that they will be playing in the first round has started a collection of much needed supplies that they will bring to the tournament with them. It is amazing how the Kansas communities pull together in time of need. 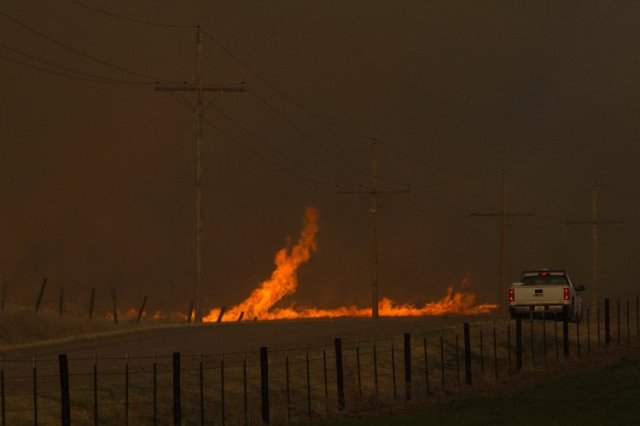 At the moment residents of Ashland have been allowed to return home, but there is still danger as winds could shift and the fires may move in the opposite direction. 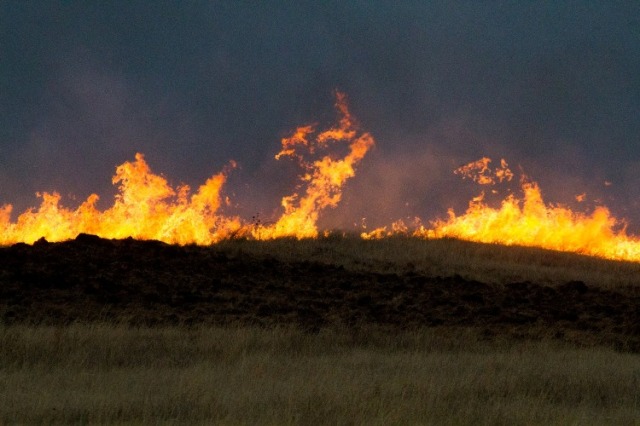 I flew home to California from Kansas City last night and I could see some of the grass fires across the state of Kansas from the window of the plane.

This is a very stressful time for my friends as they continue to battle the fires and also begin the cleanup process. I also have many friends who have connections to Ashland that are also very worried as they wait for news of loved ones.

They are all in my prayers and I know that they would also appreciate the prayers of those who are reading this.

Update: A fundraising page has been set up for students and families of Ashland School District.