I have been reading a historical novel that includes John Brown as a character.

I have been learning some new things about John Brown, including that he had a significant presence in Iowa. I have always associated him with Bleeding Kansas and Harper’s Ferry, but haven’t thought much about his time in Iowa.

I did remember that there were some images and articles about John Brown in my Grandma’s Scrapbooks. I thought she had saved them as she was interested in Harper’s Ferry since her Grandfather served there during the Civil War.

But then I also remembered that some of the images had been created by Frank Andrea Miller. I decided to take a closer look at the articles.

The Underground Railroad had a significant presence in Iowa and John Brown was very active in several of the cities that are marked on the map above. 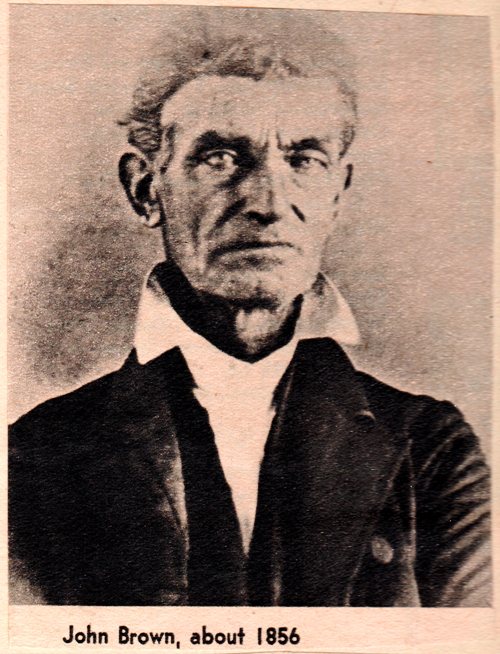 After further research, I plan on writing more about John Brown in Iowa. It may be some time before I write as I have several other projects I am working on.

However, my mind has wandered to John Brown this evening and I had to write about him to help focus my thoughts.

5 Responses to John Brown in Iowa