Catching up with Hank the Cowdog

This week I have been catching up with Hank the Cowdog as I picked up the latest books from the library.

I can again say that I have read all of the Hank the Cowdog books.

I first read The Frozen Rodeo which was the 74th in the series. This is the last book to be illustrated by Gerald Holmes who had illustrated all the previous books in the series starting with The Original Adventures of Hank the Cowdog. 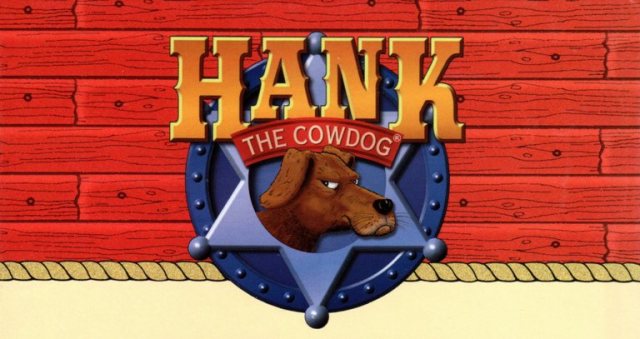 Along with the great stories by John R. Erickson I have always enjoyed the great drawings and cover art in the series.

I had known about the Hank the Cowdog series before, but the book that really got me interested was The Case of the Monster Fire.

I grew up near where John R. Erickson worked as a cowboy before he moved to the Texas Panhandle and starting to write the Hank the Cowdog books. My home county in Kansas was greatly damaged by the wildfires and many of my friends were affected by the fires. This book really hit home.

When I heard of this book I set and completed a challenge to read through the entire Hank the Cowdog series.

The latest book in the series is The Case of the Red Rubber Ball. The illustrations remain in the style of Gerald Holmes, but they are now done by Nicolette Earley.

This was another great story that include the mischievous Eddy the Rac.

I also liked the illustrations as they were definitely in the style of Gerald Holmes.

I also found out that a new book had been released about the series. Finding Hank: The Most-Often Asked Question about Hank the Cowdog was also illustrated by Gerald Holmes and was written by John R. Erickson. I learned a lot about the background of the series and how it got started.

I am now looking forward to the release of a new book next spring.

1 Response to Catching up with Hank the Cowdog