While watching Olympic rowing this afternoon my mind wandered to some memories of long ago.

The first was a picture I took during a trip to Taipei about 10 years ago. This was of a bug walking across water in a park we visited. While watching the sculling races, this is what I thought about. 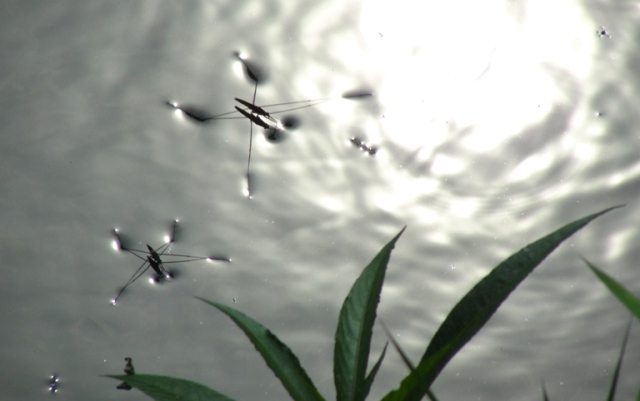 Here are two more of these water bugs. I should look up what their names are, but it is too late in the day.

The next memory is of a trailer full of boats. I took this picture in Princeton, NJ about 20 years ago. Later I found out that one of my friends was a cockswain for the Princeton Crew team and these were some of their old boats.

They would practice on Carnegie Lake near George Washington Bridge.

Since I just mentioned George Washington, and am thinking about boats, I thought I would share this picture of a sculpture of Washington crossing the Delaware River. I took this picture the same day as the ones above.

Now back to the Olympics.