Saturday is Armed Forces Day. I hope that I see my Facebook feed full of posts about the Army, Navy, Marine Corps, Air Force and Coast Guard.

Armed Forces Day is the day when we honor those that are currently serving.

Armed Forces Day was created in 1949 to replace separate days for each of the branches of our Armed Services. 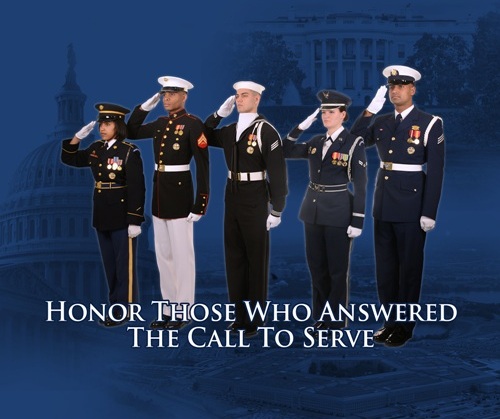 However, the Marine Corps and the Coast Guard still have a day of their own.

Harry S. Truman was President at that time and he helped lead the effort to create one day where we can thank our Armed Forces for their patriotic service.

I also looked in my Grandma’s Scrapbooks to see if I could find a good image to illustrate Armed Services Day. 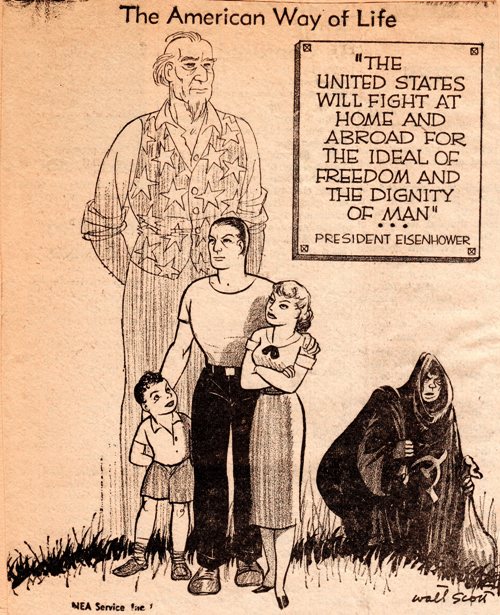 I found an editorial cartoon by Walt Scott titled The American Way of Life.

Walt Scott worked as an animator for Walt Disney in the 1930’s, but later worked for the NEA Service. He is best know for his comic strip The Little People that ran from 1952 to 1970.

The cartoon includes a quote by President Eisenhower. The cartoon is from 1958 during his second term in office.

The United States will fight at home and abroad for the ideal of freedom and dignity of man.

I like the image of Uncle Sam standing behind an American family and the representation of the enemy who is trying to steal our freedom. The enemy is represented as the Soviet Union, today we have other threats but our Armed Forces still protect our freedom and dignity.

I hope that you take the time on Sturday to thank someone in the Armed Forces for their service to our country.