Sometimes when you have something wandering through your thoughts you just have to write about it.

On my way back from WinCo for an essential grocery shopping trip I drove past a place that has been in my thoughts for the past few days. 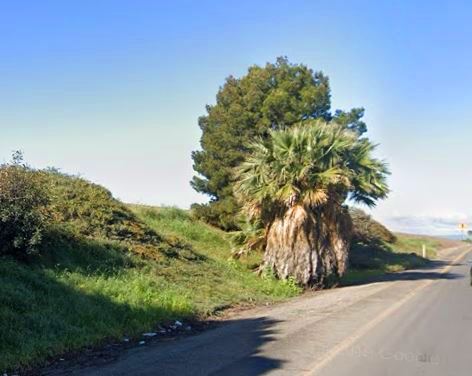 As I drove by this site tonight I noticed two things. First, there was a CHP vehicle there keeping an eye on it. Second, there was a large memorial of flowers, candles, notes and other items left by friends and family of four young people who were killed in a crash there on Friday night.

I have thought a lot this weekend about this crash. The vehicle when initially signaled to pull over for a traffic stop took off at a high rate of speed. The CHP stopped following them when it became too dangerous, but were monitoring them through other observers. The vehicle reached speeds of 120 mph as it weaved through traffic. The vehicle eventually went down an off ramp and was headed up the other side where it crashed into the tree in the picture above at high speed.

Why did these young people flee from the CHP? Why were they driving dangerously and putting others at risk? Why were two college age young men with two high school girls from a town 40 miles away when we are trying to battle the transmission of COVID-19.

It is so sad that four young lives were lost this weekend due to senseless actions.

This all comes at a time when our country deals with the effects of COVID-19, civil unrest and the looming election. Here in California and much of the West Coast we have also had to deal with the devastating wild fires.

This is a time when we need to make wise decisions and work together to help stop the spread of COVID-19 but instead many are working against each other.

It was disheartening to see the latest numbers for my county and see that ICU’s are still at 100% capacity and that hospital admissions due to COVID-19 are again on the rise after a long slow decline.

I saw on Facebook that the high school I graduated from in a small Kansas town is dealing with an increasing number of students who are calling in sick with symptoms.

The city where I went to Grade School has a positive rate almost twice what we have here and a death rate that is three times higher based on population.

I hope that we see the numbers start going down again soon.

Switching to the upcoming election, last week I received my voter’s guide which covers the 12 Propositions on the California ballot this year. The political ads for the propositions have been endless on TV, although I have yet to see them in the mailbox.

On a positive note, tomorrow is my next youngest brother’s birthday. It is a milestone birthday for him and he plans on climbing the 316 steps of the Ha Ha Tonka State Park staircase one time for each year.

Perhaps I will capture some of the pictures he posts on Facebook and write about him tomorrow.

Also, since it is his birthday it means that it is the first day of fall. I am glad that this summer is over at last.