Tonight was the finale of Lego Masters. I have really enjoyed watching this show.

It is amazing what people can build with Lego.

The three teams tonight had some really cool builds, but to me there was a clear winner.

As the team that ended up in third started their build it made me think of this beautiful peacock that I took a picture of at the Taronga Zoo in Sydney. They built an interesting peacock and monkey scene.

OK, now on to the bricks.

I don’t build with Lego, but do build with Ankerstein. I was introduced to Ankerstein during a trip to Germany long ago.

The buildings are not as colorful as when built with Lego, but are the colors of the building material from the area in Germany where they are made.

The stones/bricks also do not interlock, and are simply stacked. This can make building a challenge.

The second place team had a build which featured a large building.

Here is a tower that I built with Ankerstein. The winners of Lego Masters built a tower tonight that was much more complex and featured figures made out of Legos. One of the figures even had moving wings. It was an epic build and worthy of the win. 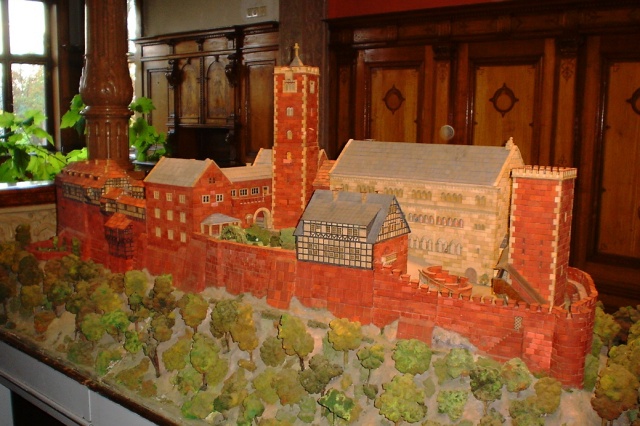 People who build with Ankerstein have also made some large builds. This model of Wartburg is a good example.

They may not be as large as some of the Lego builds, but they are intricate. I get a newsletter four times a year that features buildings that different people build with Ankerstein and it is always interesting to see the techniques they use.

I have thought about building something large with Ankerstein while sheltering in place, but I am using my dining room table for my home office.

Hmm, what should I build?

1 Response to Building with Bricks