All this talk about toilet paper is making me think of toilets.

Since I travel a lot it is always important to know which toilet to use. 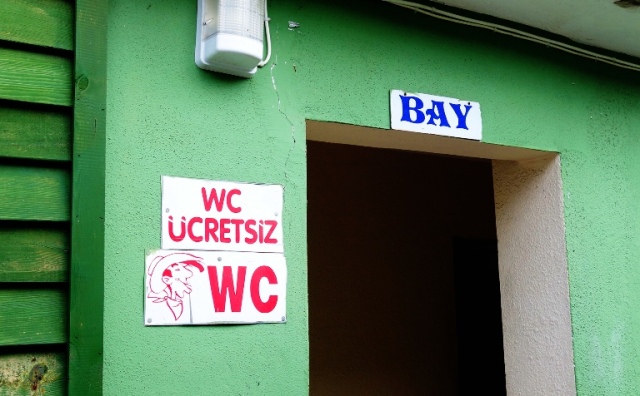 When traveling in Turkey I had to make sure that I used the one with the ‘Bay’ sign. Of course the cartoon picture of a man helped to know which WC to use.

You had to be careful to read the whole sign though as ‘Bayan” was for the women.

Here was a bathroom sign in Shanghai. Good thing that I know that men wore robes long ago. The mustache also tells me that it is for the men. 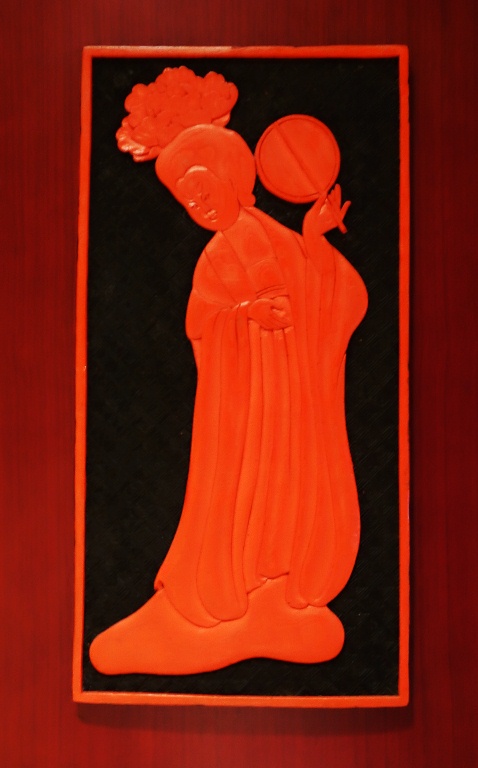 Of course there was a big contrast with the sign on the women’s bathroom. I like the fan she is holding. 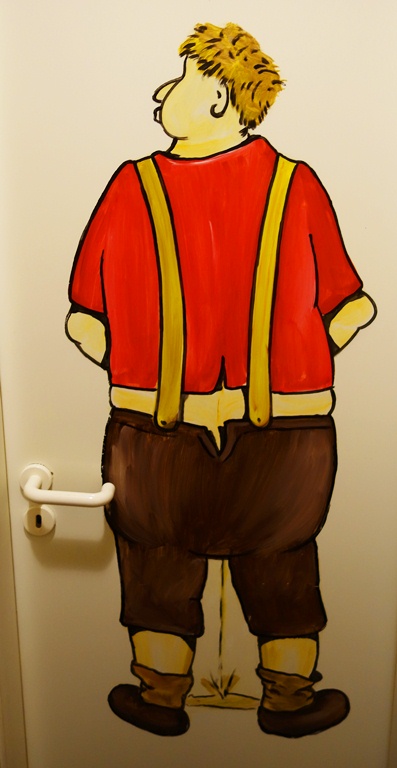 I think that this one in Germany is pretty easy to figure out.

However I always have to be careful when just looking at a sign with just the German word for Men’s.

Herren is a bit confusing since it starts with her.

Here is the door to the bathroom opposite the one above. Looks like we have a peeping Tom.

Again I have to think twice as the German word for women’s is Damen.

I always think of Saturday Night Live and the skits with da Bears. Here we have da men.