Fire on the Roadside

This afternoon on the way home from work there was a fire on the roadside.

I could see that there was a fire ahead as I was coming down the Altamont, but could not tell exactly where it was. It was soon hid from view, but I could see it again once I was on 205.

As I got close to the Eleventh Street exit you could definitely see where it was. 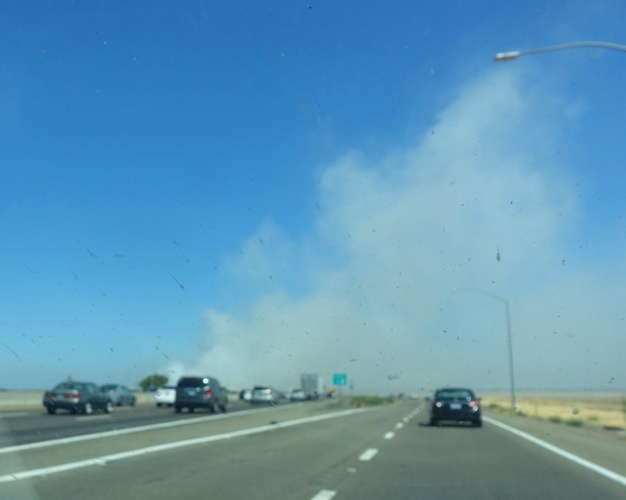 Ass I exited off on Eleventh Street, I could tell exactly where the fire was. It was in the 205 median just by the ramp from Eleventh Street onto West 205. 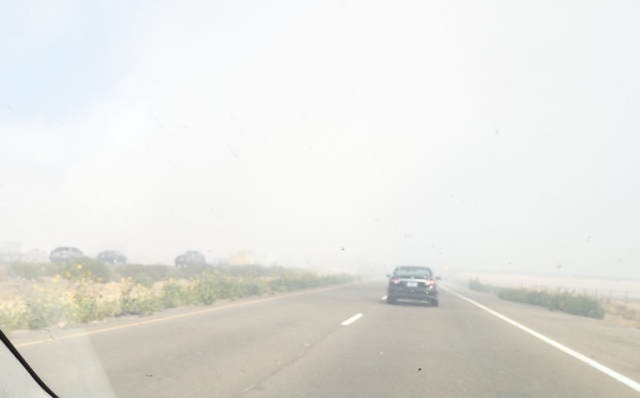 I was soon driving into the smoke from the fire. Even though I had the fan set to recirculate the air there was a very strong smoke smell in the car.

I was actually surprised that they had not shut down the road with the amount of smoke that was blowing across the road. I am just glad that I made it through before traffic was bad. I checked traffic later and there were many problems on the route home.

I was soon past the fire and headed on to my hair cut appointment, which was the reason I was heading home early.

After the haircut I went home and laid down to read. I had planned on reading a couple chapters and then getting something to eat before heading down to Patterson. Instead, I woke up an hour later after falling asleep while reading. The combination of 100+ heat and the smoke from the fire is not good for my sinuses and respiratory system.

Hopefully it will cool down soon.