Home before I left Japan

This morning I woke up in Osaka, Japan and tonight I am back home and get to sleep in my own bed.

My breakfast was in a restaurant on the 23rd floor of the hotel. I had a nice view out over the city while eating breakfast.

After breakfast I finished packing and then headed to the Shin-Osaka train station. Some of the train stations in Japan are as big as airports, and really have the feel of an airport. The train station is full of restaurants and shops, ticket counters, travel agencies and of course waiting areas. You really feel like you are in a airport.

One big thing that is missing though are security lines. It is much quicker to get through train stations than airports. 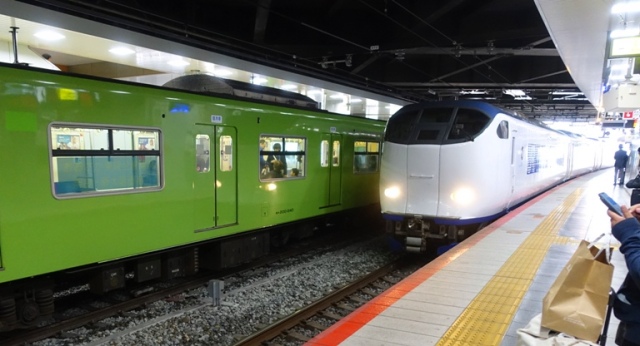 Here is the train as it approached the platform. Since it is an airport express train it had nice luggage racks that were easy to access as you boarded.

I then settled in for the almost hour long journey to the airport.

The Kansai International Airport or KIX is built on an artificial island in the Osaka Bay. Here you can see the bridge that crosses to the island. The train I was on crossed this bridge to get to the airport.

I arrived at the airport at about 1:30 in the afternoon on Thursday. I actually arrived home at about the same time on Thursday afternoon. 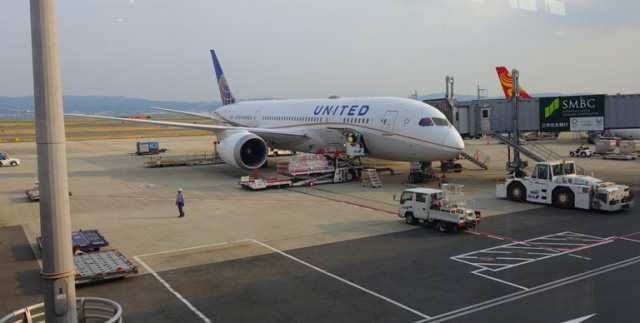 After spending about three hours at the airport it was finally time to board and head for home. My flight actually left Japan about three hours later by the clock/calendar than when I arrived home. I made it home before I left.

I have managed to pretty much stay awake until normal bedtime, but have caught myself napping a few times while catching up on some shows I missed while gone 🙂

I hope this post makes sense, it has been a very long day.