About four years ago I shared some pictures of a mural in Manteca in a post titled Cruising Manteca.

I mentioned in the post that Manteca had quite a few large murals in the downtown area. I was in Manteca today and took pictures of some of them. At some point I may write a little more about the murals, but mainly tonight you will just see pictures. 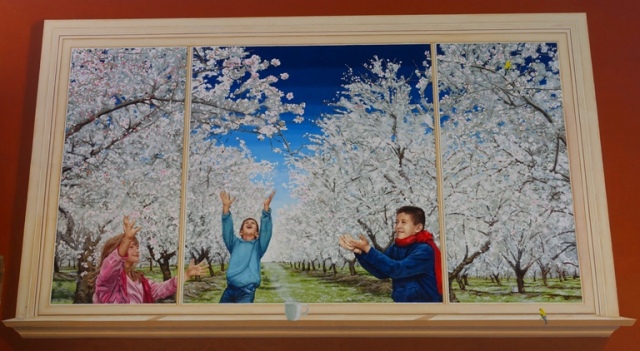 This is a great mural with the painted frame. It really looks three dimensional. Do you see the cup of tea or coffee and the little bird on the sill? Look closely. 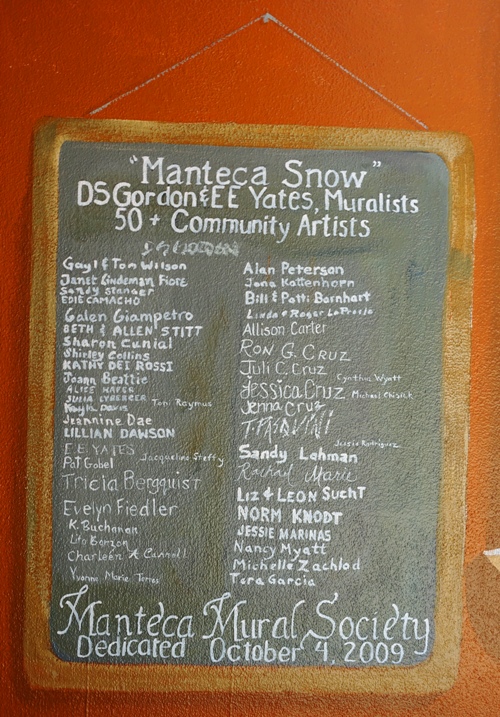 The sign about the mural is also just another small mural. You can see that the Manteca Mural Society dedicated the Manteca Snow mural back in October of 2009.

The next three murals are on a wall to the west of the library. I am sure that they have names, but I don’t have time to look them up tonight. I may write more about each of them sometime in the future. For now, only a brief description will be given.

This mural shows some of the history of industry in the area around Manteca. There is definitely some interesting history there.

This mural shows some of the agriculture products from San Joaquin county, as well as a historical look at harvesting.

This mural shows some scenes from the early settlement of the area.

There are some great images in these murals. There are a couple more murals in the park that surrounds the library, but I will post pictures of them at a later time.