Have you ever seen an SR-71 Blackbird? 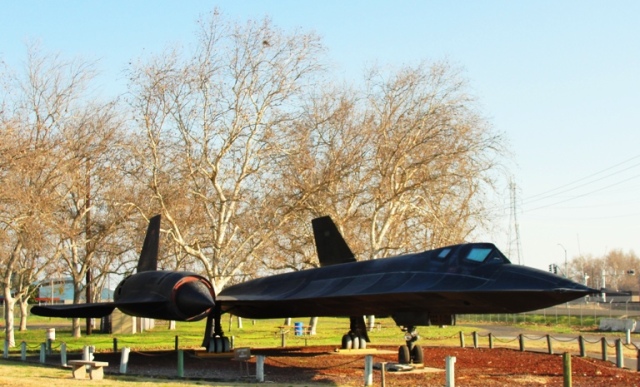 This Blackbird is serial number 71-7960 and is on display at the Castle Air Museum in Atwater, California.

You can see more pictures from the museum in my post: Castle Air

I have also seen serial number 71-7961 which is at the Kansas Cosmosphere and Space Center in Hutchinson, Kansas.

The SR-71 was built by Lockheed and was developed as a reconnaissance aircraft. The aircraft could fly high and fast and is still the holder of many speed records. The Blackbird’s top speed was over 2,200 miles per hour.

Can you imagine flying from LA to Washington, D.C. in only 64 minutes? The Blackbird did.

The aircraft operated with a crew of two, the Pilot and the Reconnaissance Systems Officer. They had cramped quarters, but the flights didn’t last too long.

There were only 32 Blackbirds built and most of the 20 remaining aircraft are on display at museums in the US. The only one that is outside the US is at a museum in Duxford, England.

Today reconnaissance is mainly done with unmanned aircraft, but there is an SR-72 in development. Time will tell if it ever takes flight. 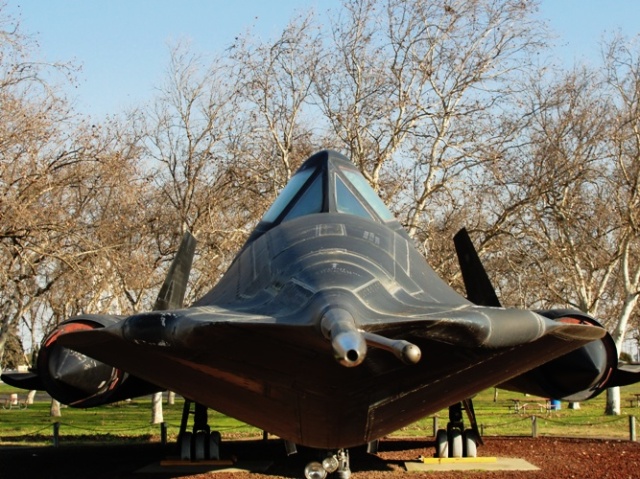 I will leave you with one last picture. This is the picture that I used in my post from last year.

3 Responses to The Blackbird