The Day of Pentecost

If you look at your calendar you may notice that this Sunday is Pentecost. I find it interesting that this day slips up on many of us, and we only remember it when it comes close to the day and we notice it on our calendar. Easter is always highly anticipated, but then we don’t look forward to Pentecost. Most Christians will know that the day of Pentecost was when divided tongues as of fire descended upon the apostles and they were filled with the Holy Spirit. They will also know part of the sermon that Peter preached before the crowd in Acts 2. Especially Acts 2:38.

And Peter said to them, “Repent and be baptized every one of you in the name of Jesus Christ for the forgiveness of your sins, and you will receive the gift of the Holy Spirit. (Acts 2:38, ESV)

However, we don’t always think of the significance of Pentecost. The name Pentecost is the Greek word for Shavuot or Festival of Weeks. This was one of the three great Jewish feasts (Passover, Festival of Weeks and the Festival of Booths) where all males were required to gather together. Shavuot commemorates the giving of the Law on Mount Sinai, which happened 50 days after the Jews left Egypt. In Acts 2 we find that the day of Pentecost is when the church is established. The beginning of a new law and a new covenant with God. So, where do the events of Acts 2 take place? 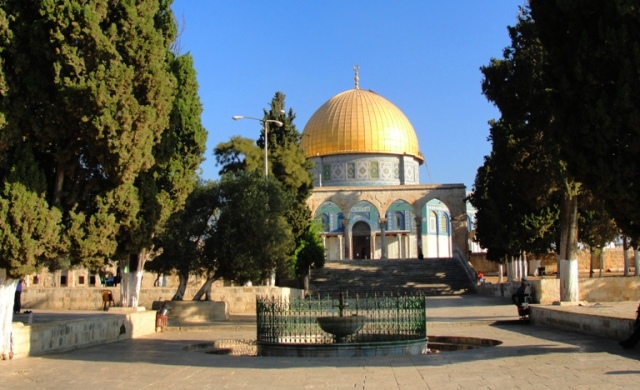 The most likely place for the sermon by Peter was in the south courtyard of the Temple Mount. Here is a picture that I took while on the Temple Mount last September. Today the area is filled with trees and plazas, but at the time of Christ it would have been a vast open area. 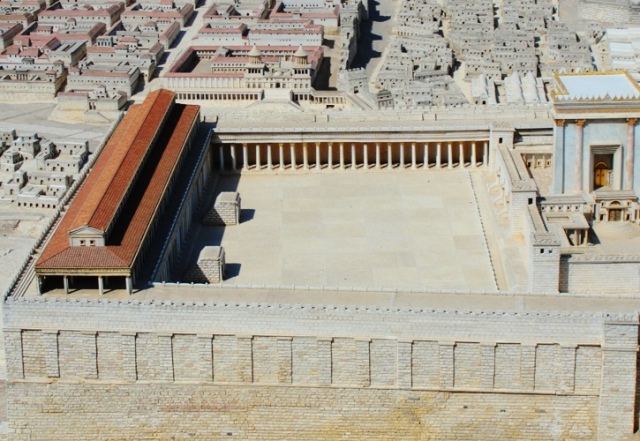 Here is a picture from the scale model of Jerusalem at the Israel Museum. Here we see the large courtyard to the south of the Temple. On the left side of the picture you can see the openings for the stairs that come up from the southern side of the Temple Mount. 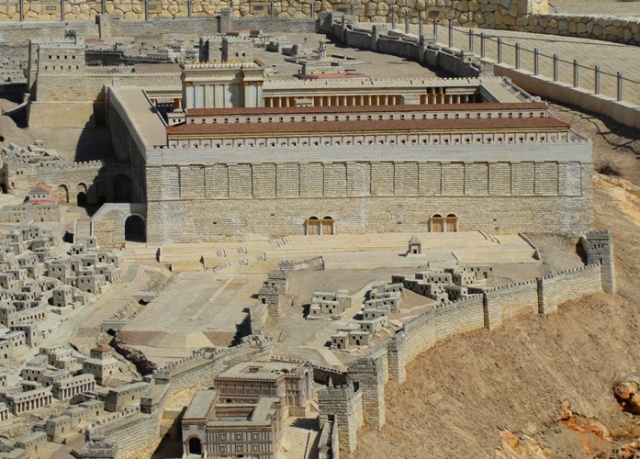 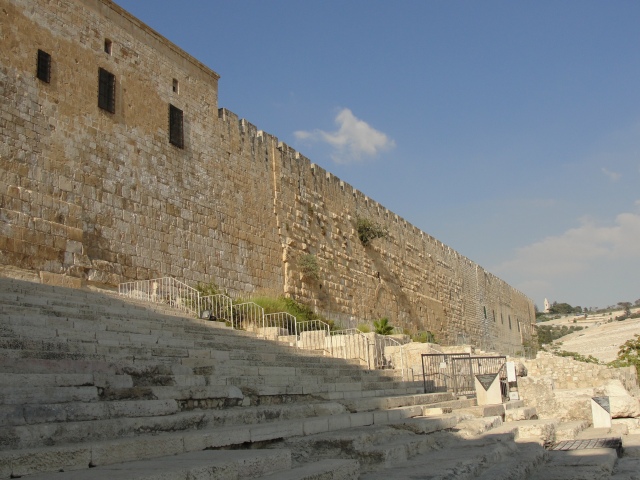 Here is a view of the steps as they are today. They are well worn from the millions of feet that would have passed over them through the years as people entered the Temple for worship. These would also have been the steps where the first responders to the Gospel would have descended to the area where they were baptized. 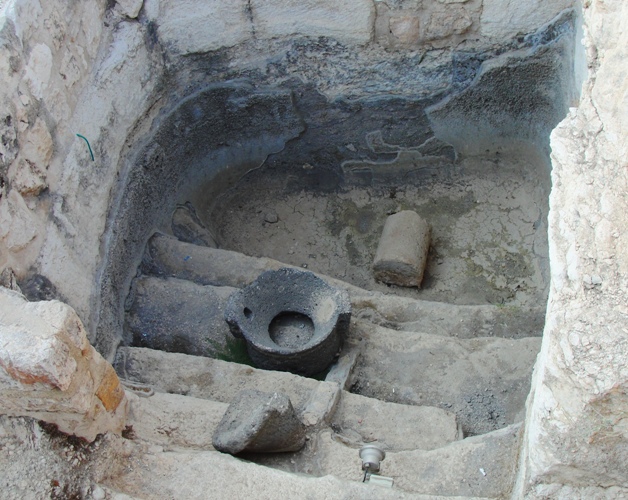 The area to the south of the Temple Mount had many Mikveh, this picture shows one of the smaller ones, but there were also several larger ones in the area. The Mikveh were used for ritual immersion or purification and the ones in this area would have been used to baptize the three thousand who responded to the Gospel and were added to the body of believers. I hope these pictures help you better visualize the setting for the events that happened almost two thousand years ago.

4 Responses to The Day of Pentecost