Tonight I am thinking of pretty flowers, so here are two pictures of Daisies that I took on a trip to Australia last year.

There are so many varieties of Daisies that I will not even attempt to give you an exact species :-). The Asteraceae family has over 22,000 accepted species.

These Daisies were planted in a traffic circle in the middle of a business park near my hotel. I love the beautiful contrast between the Red, Black  and Yellow colors in this bloom. The detail of the center is also very interesting. I am glad that I have a nice Zeiss lens on my camera that is able to capture this level of detail. 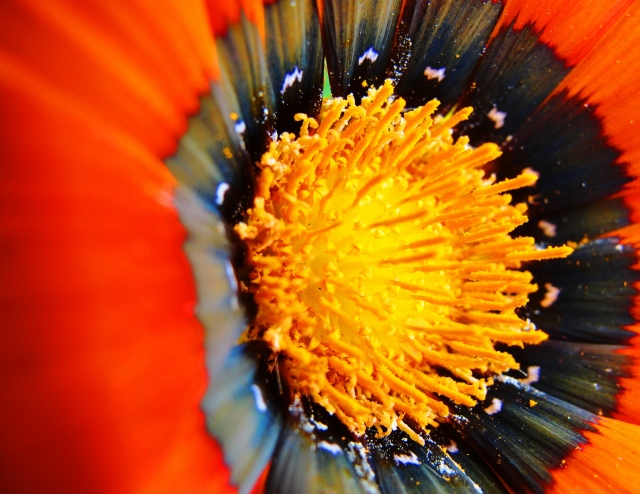 The second picture was taken a few days later and I was able to catch a bee pollinating the flowers. If you look closely you can see a ball of pollen suspended below the bee.

There were also Daisies of several other colors that may show up in future posts.