I recently ran across some pictures that I had not seen for quite some time. Tonight I will share a couple of them along with some related pictures I have shared in the past.

While growing up in Ottumwa, Iowa, we would often go to one of the local parks. 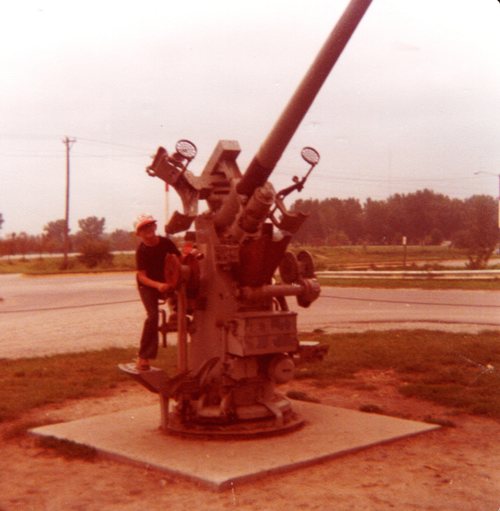 We had some interesting things to play on. Here is a big military gun that we would climb on and pretend that we were shooting the enemy. 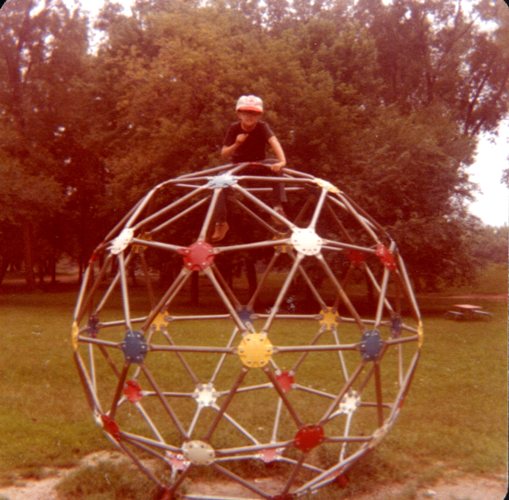 We also had this big ball that we would climb on.

I looked on Google Maps Street View and the two items above were no longer in the park in 2019. 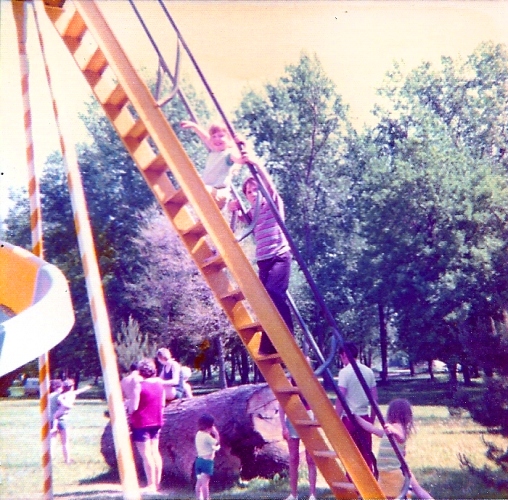 The big yellow curly slide that the park was really known for, is also not there any more. However, they still have some slides at the park. They are just not as big and are made from plastic instead of metal.

I am sure that the newer slides are much safer, but I have some great memories of sliding down the huge curly slide. I also remember how hot the slide would get on a sunny day.

I also noticed that in 2019 some of the older park equipment like monkey bars and swing sets were still there. However the teeter totters were no longer there.