Yesterday I shared some pictures of graves in Colorado Springs and decided I would follow them up with a picture of another grave.

This grave is in Hays, Kansas is the grave of my Great, Great Grandfather Lorenzo Dow Cochran. The picture was taken by a relative who was on his way back to Missouri after attending the funeral and burial of Leah Garner in Colorado Springs back in 1929. 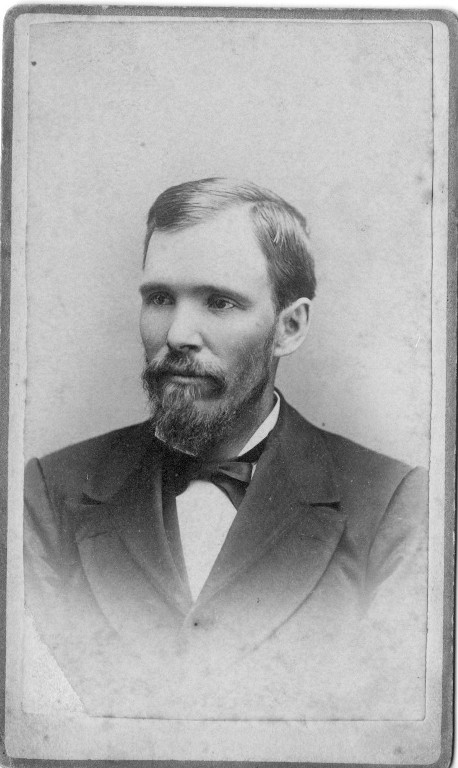 L.D. was working the wheat harvest while his pregnant wife and eleven children were living with relatives back in Missouri. According to the newspaper article he died of heat exhaustion on July 11, 1901 while working in the field. 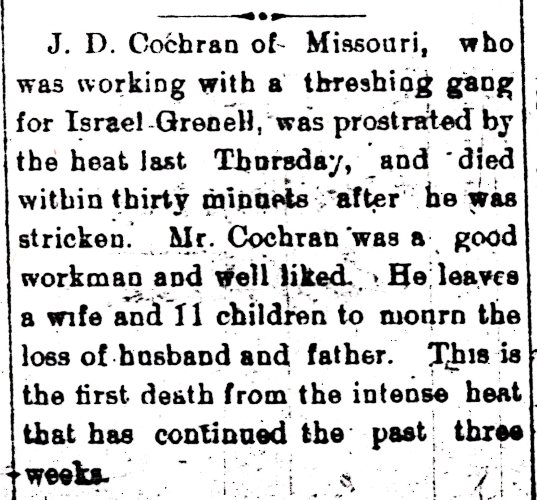 Here is a transcription of the short article in the Hays newspaper:

J. D. Cochran of Missouri, who was working with a threshing gang for Israel Grenell was prostrated by the heat last Thursday, and died within thirty minuets after he was stricken. Mr. Cochran was a good workman and well liked. He leaves a wife and 11 children to mourn the loss of husband and father. This is the first death from the intense heat that has continued the past three weeks.

The article has J.D. Cochran instead of L.D. but the rest of the facts about him are correct.

There is a family story that he was murdered instead of dying of heat exhaustion, but I have heard several versions of the story and the newspaper article is pretty clear in the details.

L.D. was only 43 years old at the time he died. As I mentioned in my post yesterday, Leah did re-marry. In fact, she re-married twice and ended up outliving three husbands.

There are many interesting stories in the Cochran branch of the family. Many of the children lived long lives, with only a few dying at a young age. 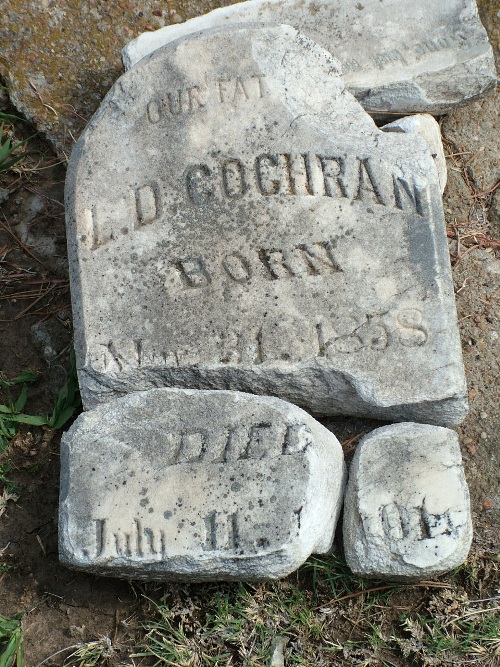 Unfortunately the grave stone has not been taken care of and the latest picture I found on findagrave.com shows it broken into pieces. 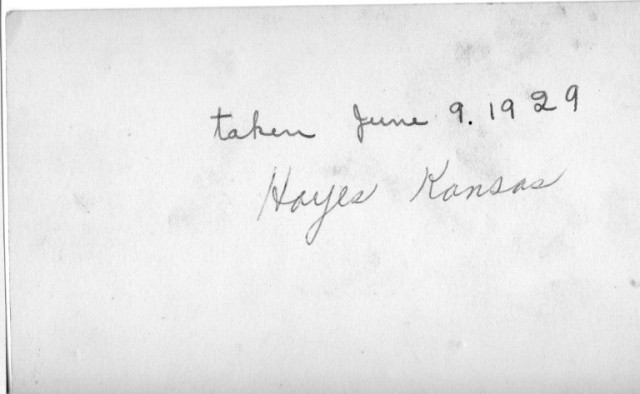 However, we at least have the picture taken back in 1929.