The exact origin of Ice Cream cones is unknown, but most food historians will agree about when they were introduced to the world.

The ice cream cone was definitely popularized at the Louisiana Purchase Exposition in 1904. Of course, most people know this exposition as the St. Louis World’s Fair.

My family has been eating ice cream cones for well over a century now. My great grandmother Lottie Grace Cochran was at the St. Louis World’s Fair and consumed several ice cream cones when she was only 14 years old.

Earlier this week I was going through some letters that my Grandma had sent to a cousin through the years. Back in 2014 my cousin put all the letters she has saved through the years in a binder and sent them to me. They are a great resource of family history. I decided to add a picture of what she wrote about ice cream cones as I re-wrote this post from eight years ago.

Another interesting fact is that the St. Louis World’s Fair was where the hamburger was also popularized. See my post: The First Hamburger

In the picture above you see a nice cone full of Apricot Ice Cream. 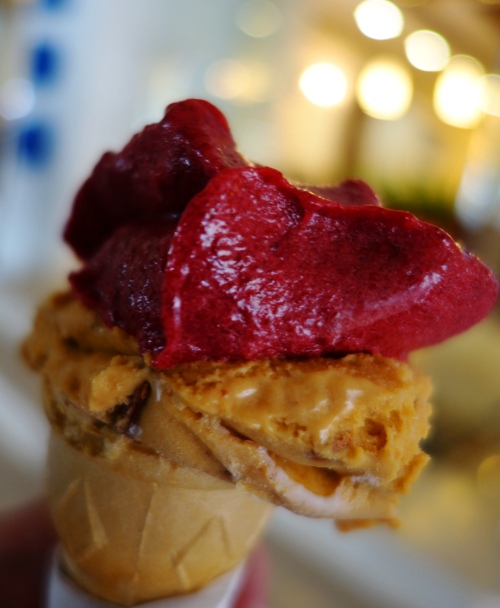 I had to hunt to find pictures I had taken of ice cream cones. I usually will eat a bowl ice cream at a restaurant instead of getting a cone somewhere.

Here is an ice cream cone that I had while in Turkey eight years ago.

My friends Wilson and Carolyn also had ice cream cones during our rest stop on the way from Ankara to Cappadocia. I remember that mine was Cherry and Butterscotch. Of course, I also just looked it up in the blog post that I made that day. 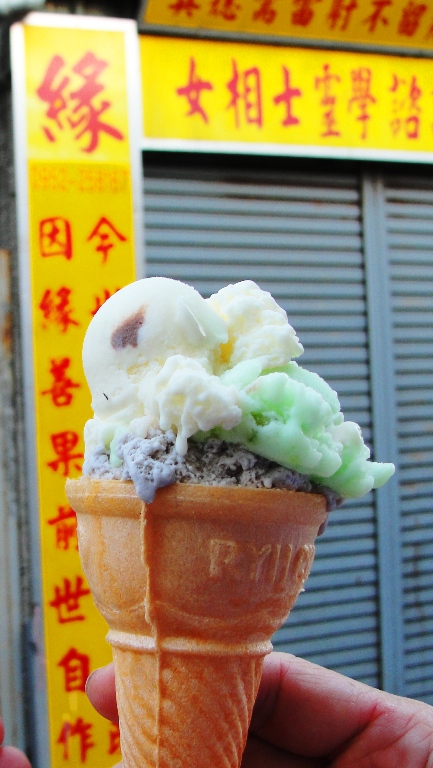 Here is the ice cream cone that my colleague had. They had a nice selection of flavors to choose from.

Of course while writing I have also had memories of ice cream cones from when I was a kid. I remember getting ice cream cones at Grahams in Ottumwa, Iowa. We would always try and get our parents to stop on the way home from church services on Sunday nights in the summer.

What is your favorite memory of eating ice cream cones?