Tonight I thought I would share a few interesting pictures that I took at the Fitzwilliam Museum in Cambridge, England back in September 2017. 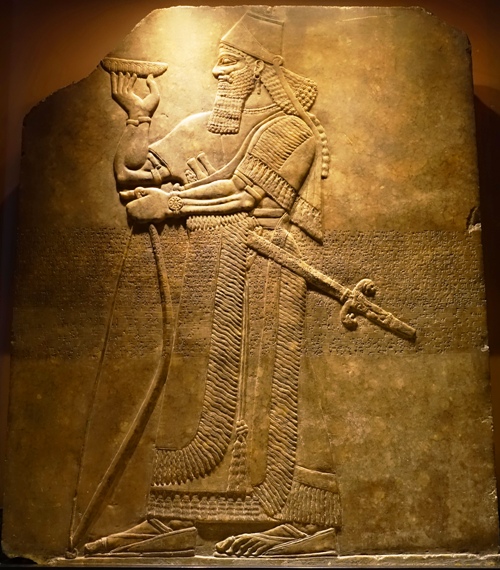 Near the entrance is this relief of King Ashurnasirpal II of Syria (883-859 BC). 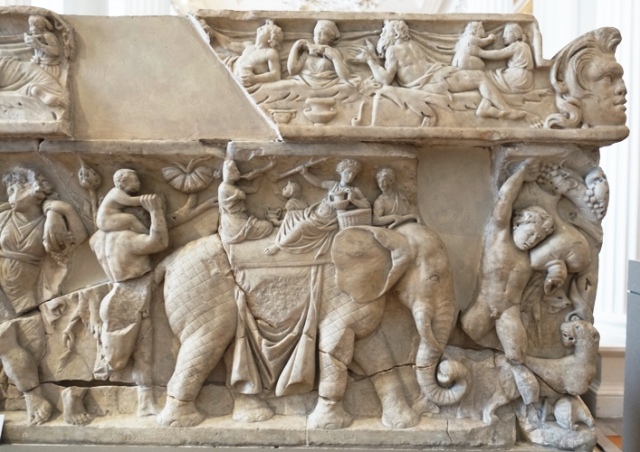 I took a picture of this section of a sarcophagus because of the elephant carving.

Unfortunately, I caught a big shadow in this picture. This is the Cylinder of Neriglissar, and it records his works as King of Bablyon (560-556 BC). 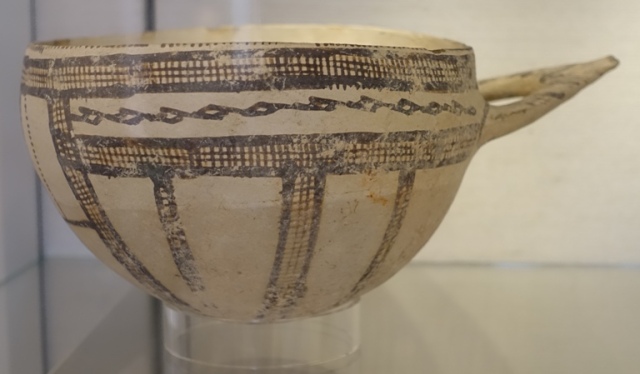 I took this picture as I found pottery fragments, including the distinctive handle, similar to this bowl while digging at Lachish.

This shows several necklaces but the one that interested me was the one with blue beads. The beads are made from faience, and look very similar to one that we found in our square at Lachish. There is also a similar necklace at the Israel Museum I had seen earlier. I was able to identify the bead when it was found and it was confirmed by the archaeologist.

It more interesting to visit museums after you have been on an archaeologic dig.

1 Response to Fitzwilliam Museum in Cambridge