Tonight was one of those nights when I really didn’t have an idea wandering through my head for a post.

So, I looked at the calendar for inspiration. The square for September 27 had Queen’s Birthday (W AUS). I wondered why the Queen’s Birthday was only celebrated in Western Australia on September 27. Then I remembered that I had written a post about it back in 2013. So here it is with some minor changes, mostly in this paragraph.

I looked up birthday of Queen Elizabeth II and found that it was on April 21. Why is it being celebrated on September 30 in Western Australia?

First, here are a few more pictures of Queen Elizabeth and then I will reveal why the celebration date is different in Western Australia. 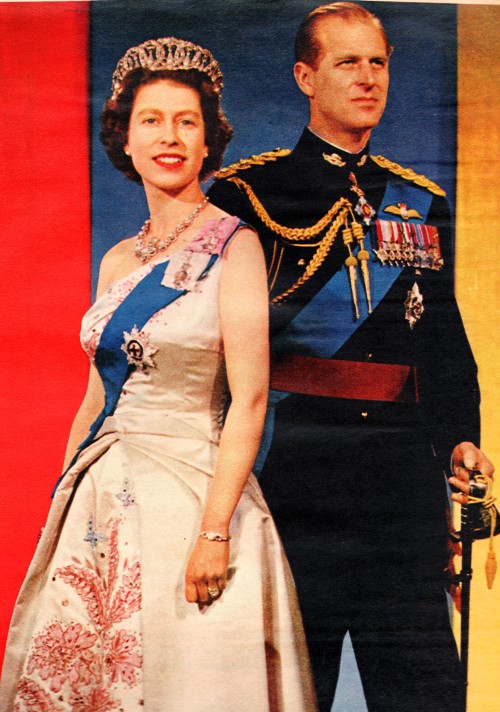 The baby picture shown at the beginning of the post was used in my post: A Little Prince

Queen Elizabeth II and Prince Philip look quite elegant in formal wear. An interesting contrast to the earlier picture where they appear in royal dress.

I found out that for most of Australia the date for the Queen’s Birthday is the second Monday in June. In Western Australia, they celebrate the founding of their state on the first Monday of June, so they moved the celebration of the Queen’s Birthday to September or October. This is nice for them as they get an extra holiday.

You never know what you might learn by looking up the different holidays that are noted on your calendar.

1 Response to Queen’s Birthday in September?