Almost a century ago I had an ancestor who was a dealer for a shoe company. 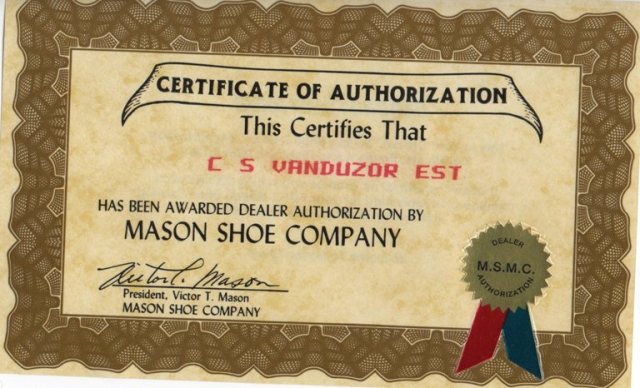 The certificate does not have a date, but in 1930 the Mason Shoe Company shifted their focus to rely on direct sales to customers. Dealers would go door to door with sample kits and order shoes for their customers.

Mason Shoe company was based in Chippewa, Wisconsin which is where the shoes were made. 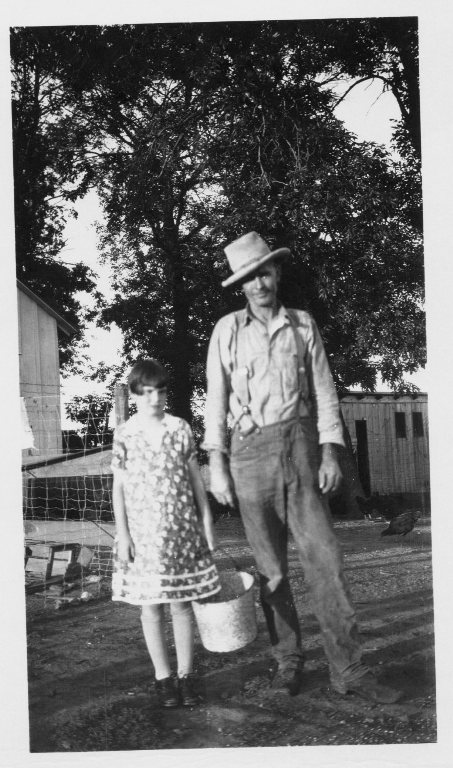 C S Vanduzor is my Great Grandfather Charles Shafer Van Duzor. In the picture above he is with my Grandma Agnes Grace. It looks like perhaps she has been gathering eggs.

Chub is listed on the census reports as a farmer, but it looks like he supplemented his farming by selling shoes.

The Van Duzor family lived in Colfax Township, Page County, Iowa near the town of Coin. here they are shown in the 1925 Iowa State Census. I thought about showing the 1930 Federal Census, but there is an interesting error which shows Chub being born in another country. I want to investigate it a bit further before writing about it 🙂

The closest town to where they lived is Coin, which is the marker within Colfax Township above. The other maker is Northboro. You may have seen my post about Chub’s father owning stock in the Coin and Northboro Telephone Company.

Both Chub and his father both helped provide valuable services to the rural area they lived in. I am sure that the farmers appreciated being able to order quality work boots and nice shoes for their families. Perhaps they even phoned in their orders on the telephone service that his father held stock in.

It is interesting how certificates can help you learn more about the life of your ancestors.