One of the things that I will often do is check my High School History text book to see what we were taught about different events.

This was our text book for American History. 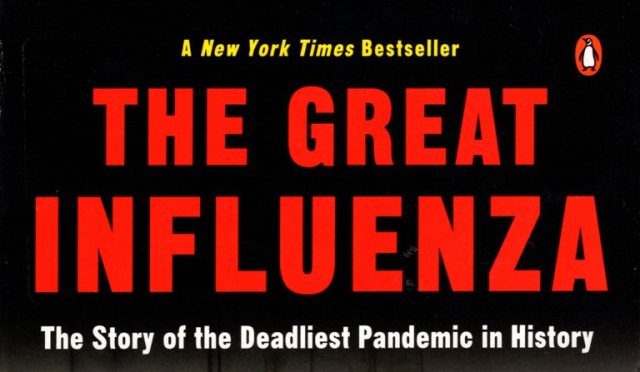 The past few days I have been wondering what was covered in the text book about the 1918 pandemic. Since is was a major event, I figures that we would have covered it in the class. However, since I could not pull up any memory of talking about it in the class it made me wonder. 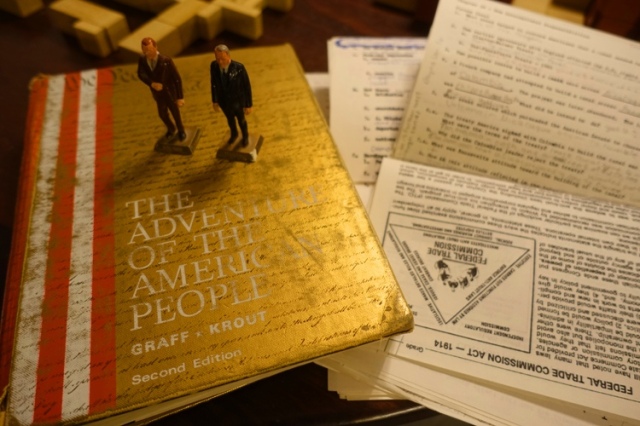 So, I pulled out my old text book and also my notes from the class. It was easy to find the notes and text from the time period, but it was impossible to find even a reference to the 1918 Spanish Flu. It was simply not there. So, my memory was correct. We did not cover the Spanish Flu in our High School American History class. 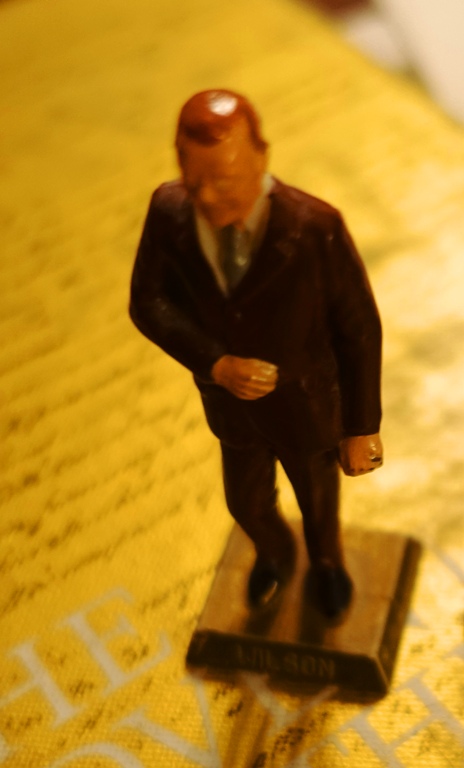 Did you know who was President during the 1918 Pandemic? Have you even heard him mentioned during the current crisis, or what he did to help keep things under control then?

Woodrow Wilson was our President then, and is of course known for many other things that happened during his administration like the beginning of prohibition, suffrage for women, WWI, the Federal Reserve Act, the beginning of the Federal Trade Commission and the Banana Wars.

Of course, one other thing from his administration is in our minds this week as Daylight Saving Time was also introduced when he was President.

I read through the Wikipedia article for President Wilson and the only mention of the pandemic was that he may have been suffering from the Spanish Flu during the Paris Peace Conference.

There are some very interesting parallels to what is going on now that I noticed, but I will perhaps save them for later.

I also looked to see what happened during the first election after the pandemic. Wilson wanted to run for a third term as President, but in the end it was decided that he was too ill and another candidate was chosen at the convention. Of course, not too many people remember the name James Cox as he was not the winner, instead Warren G. Harding was the next President.

There are several theories as to why the 1918 Pandemic is not well remembered.

One theory is that it happened in conjunction with WWI when young men were dying in masses, and this was more in the news and the memory of the people. Another theory is that there were devastating outbreaks of typhoid, cholera, diphtheria and cholera at the same time, and they all blended together.

Will we see the same with Covid-19? What will be remembered about 2020 decades from now?