Posted on September 9, 2020 by vanbraman

Today we had a very smoky sky that darkened the day. It has been darker than normal in the house all day and it just felt weird to look out the windows at the sky. 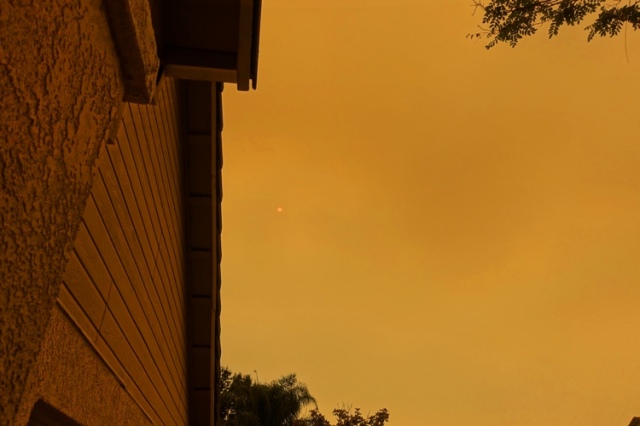 When I went out this morning to get the newspaper, the sky was an ugly reddish orange. I made sure I had my mask on before I even opened the door as it smelt like a campfire outside. 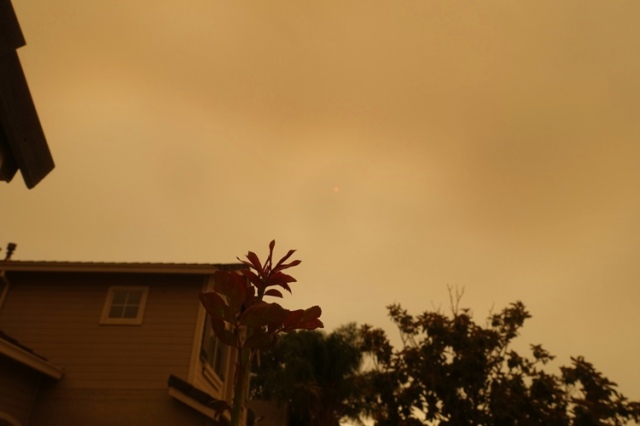 As the sun rose further in the sky the color was not so red, but it was still eerie and dark and you could barely see the sun peeking through the clouds. 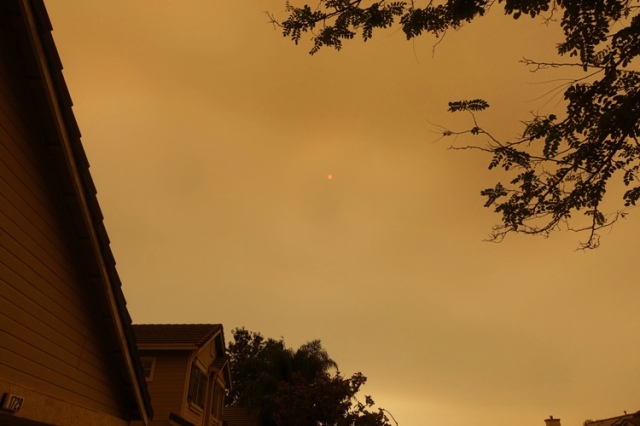 What was really weird was the color of the houses in the neighborhood. They were all a darker color than normal and some had an orange tint to them.

Inside I had to turn on a light for most of the day, especially during meetings. In one meeting one of my colleagues had a background picture of the surface of Mars, and we joked about it being a live picture. We have to at least have a little fun to try and lighten the mood. 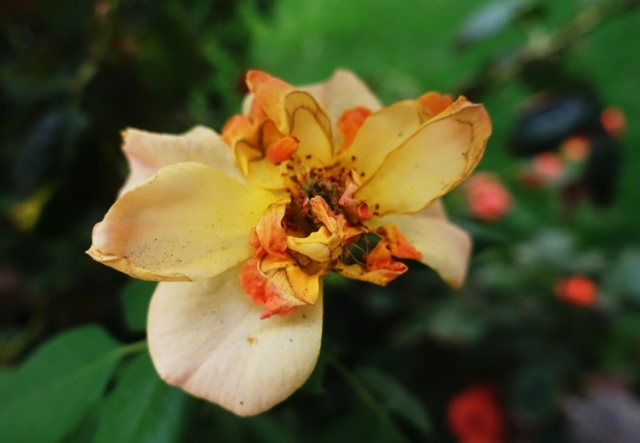 We have had triple digit heat for most of the last week and my roses have significant heat damage. You can also see a bit of ash on this rose. Today the ash has been falling, but not as much as in other areas close by. Luckily Bluey is in the garage, although I took him out to go to the grocery store tonight.

My cousin, who lives to the north, was able to write ‘ash’ in the ash that was on her car. She washed her car when she got home from work before putting it in the garage. 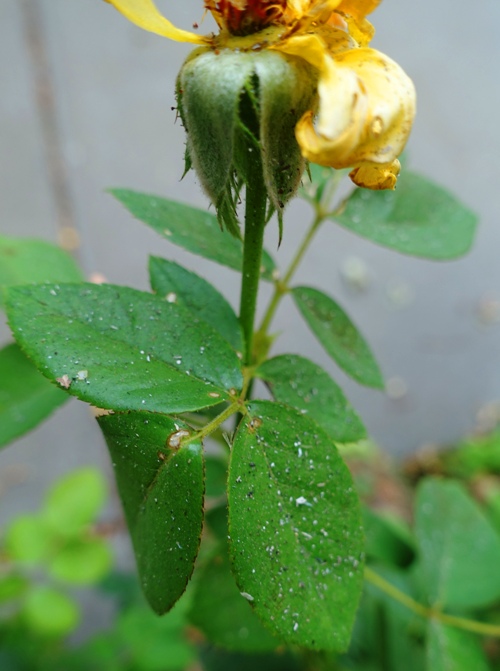 Here you can see the ash being deposited on the leaves of one of my rose bushes. I will definitely be sheltering in place as much as possible and wearing a mask even to go out and pick up my paper and go to the mailbox. The air is very bad.

This smoke is coming from a fire to the north. The wind is blowing in the wrong direction for us, and is sending a plume of smoke south through the Central Valley of California.

I hope you had better air where you were today.